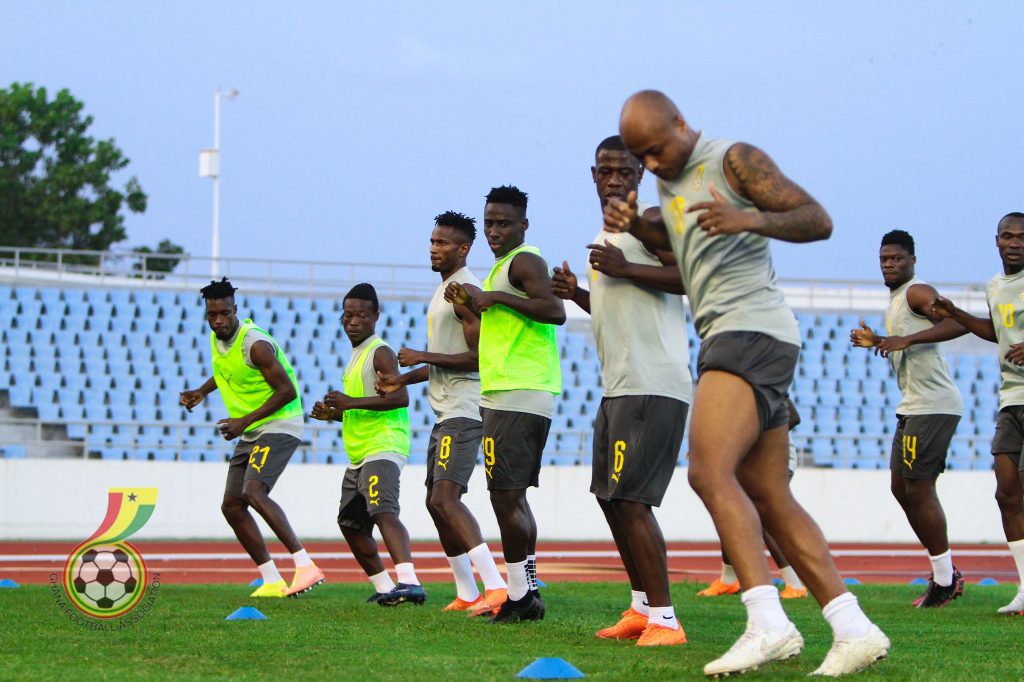 Black Stars training in Cape Coast ahead of a qualifier.

Fans will get to watch only 20 minutes of the Black Stars training in Cape Coast ahead of their upcoming 2023 Africa Cup of Nations qualifier against Madagascar next month.

The technical team has announced the squad will hold three on-field sessions and one one in the gym to prepare for the opening Group clash.

Otto Addo and his backroom staff have called-up a total of 33 players for the impending assignments.

First day of training will be on Saturday at the Cape Coast Stadium, venue for the match, which is not opened to the public.

There will be two sessions the following day (Sunday) starting with a mid-morning workout in the gym before heading to the field in the evening.

Monday’s training is scheduled for 17:00 local time and that will be behind closed doors too.

The final training session is on Tuesday, 31 May, and it’s that one the fans can only view the last 20 minutes as required by the technical team.

Ghana will take on Madagascar on Wednesday, 1 June before travelling to Angola to face Central African Republic four days later.