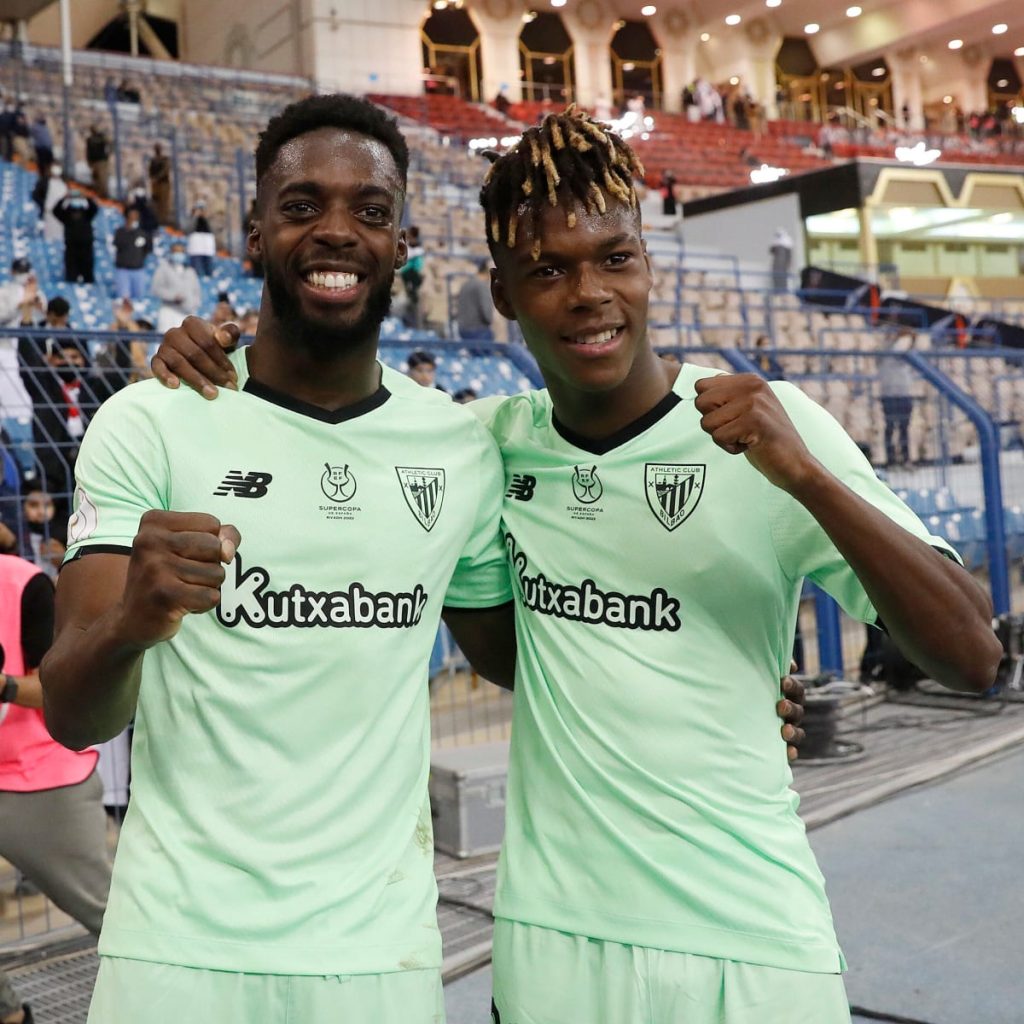 They are many cases of footballing fraternity, who have the same surname and the same blood, speak the same language and share the same passion. But when it comes to choosing a national team, there have only been a few instances of brothers wearing a different shirt and singing a different national anthem. The latest case is that of Athletic Bilbao’s Williams brothers. Nico, a 20-year-old winger, has been called up to Luis Enrique’s squad and could make his debut in the Nations League fixtures against Switzerland and Portugal. For his part, Iñaki accepted a proposal to play for Ghana in July and is expected to make his debut for the Black Stars on 23 September against Brazil.

As soon as Nico makes his official debut for Spain, no other national federation can make an approach. The Spanish Football Federation (RFEF) does not want to let another promising young player represent another country, as is now the case with Iñaki, who was included in Vicente del Bosque’s pre-tournament squad for the 2016 European Championship but only made one substitute appearance, in a friendly against Bosnia and Herzegovina, leaving his international registration open.

We take a look at other footballing siblings who have represented different countries.

Thiago was born in Italy, grew up in Spain and chose to represent La Roja, with whom he reached the round of 16 at the 2018 World Cup in Russia. For his part, Rafinha was born in Brazil and despite being eligible for Spain, he opted for the Canarinha, where he won gold at the Olympic Games with the Under-21s. Thiago debuted with Vicente del Bosque in Las Gaunas (Logroño) on September 6, 2011 and Rafinha did so with Brazil on September 5, 2015 in Jersey against Costa Rica.

One of the most infamous cases is that of the Boateng brothers. Kevin-Prince elected to play for Ghana, his father’s country, and Jérôme chose Germany, his mother’s. Both represented their respective teams at the 2010 World Cup in South Africa and their relationship was never warm. The fall-out came after Kevin-Prince seriously injured Germany captain Michael Ballack in a Portsmouth-Chelsea match, leaving him out of the World Cup. Jérôme publicly reproached his brother for the challenge, leading to Kevin-Prince becoming public enemy number one in Germany.

The Xhakas were the first brothers to face each other in the history of the European Championship. Both are of Albanian origin and both were born in Switzerland. Granit opted for the Swiss team, for which he has earned 104 caps, becoming captain and an emblem for his country. For his part, Taulant chose to represent Albania because of his Kosovar origin.