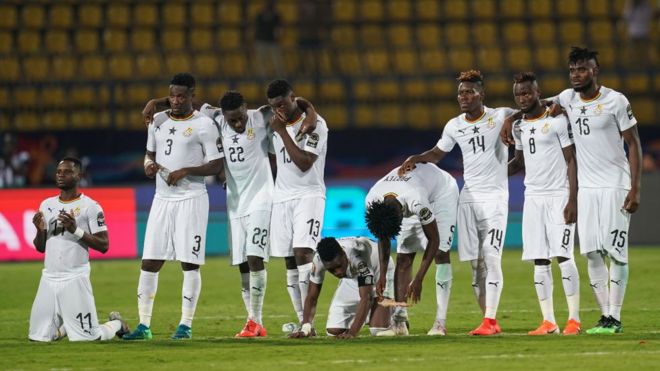 SINCE the introduction of that mediocre penalty shoot-out rule into world soccer in the1970s, Ghanaian teams, both local and national have suffered more defeats than victories.

Though, a few victories have been achieved on that score, more painful defeats have also been recorded. The most recent loss is when Ghana Black Stars B, lost to Senegal in the just-ended WAFU Nations Cup tournament.

In fact, had it not been the lottery penalty shoot-out rule, Ghana could have at least won the AFCON Cup once again since 1982. The loss of that rule to our various teams at the club and national levels cannot be overemphasized.

As the originator of the once-used FIFA's "Golden Goal" rule - the first team to score in Extra Time wins the match, and of course as a Ghanaian, I am beginning to think that, the Ghanaian football authorities should support my campaign to get rid of that cruel penalty shoot-out else Ghana will most of the time be at the losing end when it comes to that individual penalty kicks.

I am, however, not a prophet of doom but this is my piece of advice to our soccer authorities. He who has ears to pay attention for Ghana as a country to champion the campaign to abolish that unfair football rule will do a lot of good to the development of Ghana soccer.

I dare say again that the rule is UNFAIR because it is not considered as part of a match in question. How!

Abolishing the penalty shoot-out rule will certainly do a lot of good to the development of the game and make especially the owners of football teams feel relieved and also make their valuable investments not wasted.