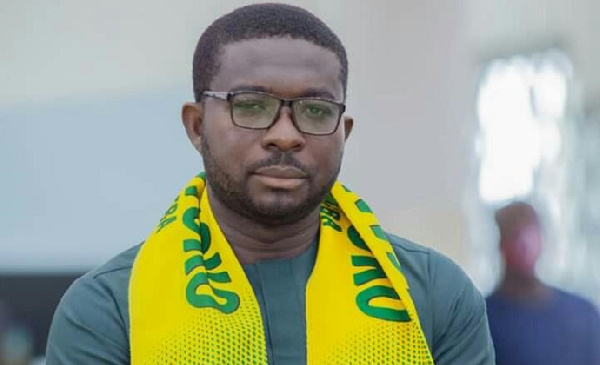 Majority of the supporters of Asante Kotoko FC and Ghanaian football enthusiasts, in general, have delightedly welcomed the appointment of Nana Yaw Amponsah as the new Chief Executive Officer of this great football club.

This overwhelming endorsement of Nana Yaw’s appointment comes with little or no surprise since he is seen by many as someone with the right professional orientation, experience and skills set to steer Kotoko out of its vicious cycle of poor leadership, mismanagement and perennial underachievement.

Without any shred of doubt, the task ahead of the new Kotoko CEO is a very daunting one given the huge expectations that come with leading one of Ghana’s most glamorous and most supported football teams, if not the biggest.

To have a good success story to tell at the end of the three-year performance-based contract given to him, the new CEO will have to be guided by the club’s history in the area of hiring and firing officials in order to skilfully meander his way through this rough terrain and steer his way clear of the explosive landmines. In order words, there are several critical considerations Nana Yaw must make to ensure he not only succeeds in that precarious position but is able to see out his initial contract duration and possibly get an extension.

One key success factor that Nana Yaw Amponsah should consider strategically and religiously to be successful at the helm of Kotoko is a tactful engagement of the team’s critical stakeholders. I am of the firm conviction that, as a marketing guru, Nana Yaw is fully knowledgeable about how critical stakeholders can make or unmake you.

In the case of Kotoko, history provides clear evidence of how powerful its stakeholder groups, most especially supporters can be in getting you in or out and frustrating your efforts. There is no doubt that all other stakeholder groups are equally important to consider in the successful execution of a leader’s plans. However, when it comes to football, and in this case, Asante Kotoko, the power wielded by the supporters should never be underestimated. If it has ever happened that a single supporter of the club was able to single-handedly drive a coach away from the club’s training ground and successfully ensured his eventual sacking from the team, then the new CEO needs no one’s telling to appreciate how much he will need the goodwill and supportive behaviour of the club’s supporters to succeed.

In recent years, Kotoko has infamously been noted for changing management and technical teams in very rapid succession and for ninety per cent of the cases probably, the force behind it has been the supporters. The owner of the team, the Asantehene Otumfuo Osei Tutu II has underscored in several statements over the years that the satisfaction of the supporters in terms of how well the team does is his ultimate concern. This tellingly confirms that any leader who effectively engages the supporters’ leadership constantly on his programmes and is able to garner their support stands a very good chance to succeed.

It is in this light that I wish to humbly re-echo this point to the new Asante Kotoko SC CEO, Nana Yaw Amponsah that he should take a very critical look at how he can professionally and tactfully engage the supporters as well as the Board members in the initiation and execution of his plans for the club in order to be successful.

Nana Yaw has in recent times marketed himself well to the football fraternity that he has outstanding, charming, modern and pragmatic plans and ideas to transform football in Ghana and now has an excellent opportunity to do so with Kotoko. However, if he fails to devise skilful mechanisms to take the Board and the supporters of the team along with him in developing, shaping and implementing his superb ideas, it will be extremely difficult to succeed. The goodwill and physical, moral, spiritual and financial support of these critical stakeholder groups will be key to succeeding as CEO of  Asante Kotoko SC.

Congratulations on your appointment!

The writer is a social commentator, Football Enthusiast and a Communications Specialist.