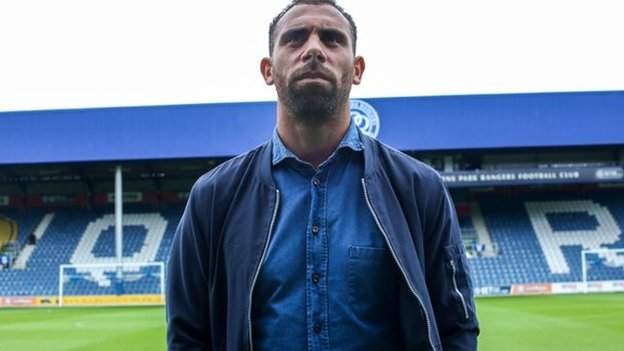 Brothers Anton and Rio Ferdinand discuss racism from their childhood

Anton Ferdinand was "let down by the game of football" over his complaint of racism against John Terry, says the chairman of anti-discrimination body Kick It Out, Sanjay Bhandari.

In a BBC documentary broadcast on Monday, the former QPR defender spoke of his anguish about an incident with former Chelsea defender Terry during a match in 2011.

The Football Association determined Terry had used racist language, after the former England captain was found not guilty in a court case.

In an emotional programme, Ferdinand said he had not been supported by authorities at the time and that he felt guilty for not speaking out.

He also listened to part of the FA's interview with Terry and concluded he was "treated differently" by the governing body, even though he was the victim.

Bhandari, who joined Kick It Out last year, said the documentary left him feeling "profound sadness that, as a game, collectively, we let him down" and that there was a need for "football to learn the lessons from this".

Referring to the FA investigation, he said that "much progress" had been been made by the organisation in the years since, but "across all areas of the game, such processes should be more clearly victim-led".

Anton Ferdinand: Football, Racism And Me will be available on iPlayer here

In response to the programme, which can still be seen on BBC iPlayer, the FA said it had "wholeheartedly supported" Ferdinand in speaking about his experiences, and "believing in the case against John Terry, worked tirelessly to ensure that the case put before the disciplinary panel was robust".

The FA stripped Terry of the England captaincy, and he was banned for four games and fined £220,000.

It added: "[The FA] showed Terry no favouritism and made clear how seriously the allegations were taken."

Only the part of the interview between Terry and the FA that was shown in the programme was made publicly available.

The FA also responded to what it called "serious inaccuracies" in comments made by Kick It Out's Troy Townsend during the programme, which it said were "concerning".

Townsend said that the anti-discrimination body was not allowed to speak to victims during an investigation because FA rules said it might have impeded the process.

But the FA denied this and Bhandari said there was now an "agreed protocol" with the FA which allowed support but preserved the integrity of evidence.

He added: "Due to communication breakdowns at our end, this has not been clearly understood at all times."

Townsend also said he put his job at risk by speaking out against authorities about racism, and that some were paying lip service to the issue.

The FA said that a perceived risk to a person's job was "without foundation" and the governing body "remained fully committed and focused on driving out discrimination from the game".

On Tuesday, Townsend tweetedexternal-link that he had "no agenda" and "no reason to present false information", adding that he had a "desire to serve the game and help it do better".

Anton Ferdinand: Football, Racism and Me: How the John Terry incident drove him to tackle the problem in the gameRugby League's Great British Lions: Follow a behind the scenes look at their return tour down under