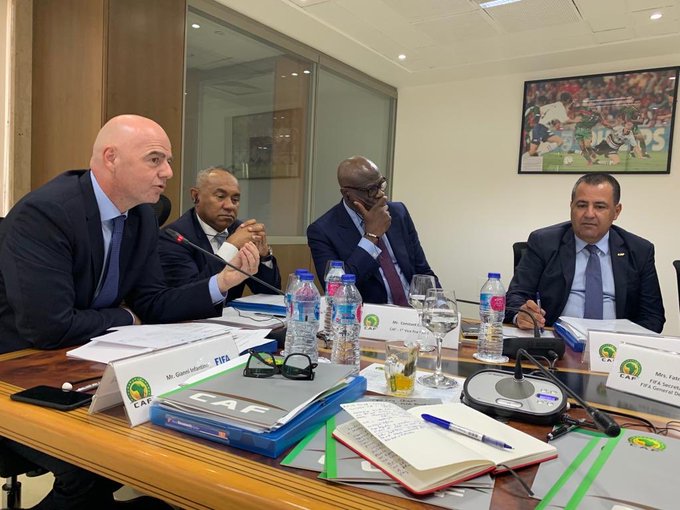 A FIFA taskforce has been set to run African football after the Confederation of African Football asked for help from the governing body.

FIFA general Secretary Fatouma Samoura is serving as High Commission for Africa Football following a myriad of issues with regards to the running of the game on the continent.

The decision comes amid myriad issues faced by CAF, not least an investigation into its president, Ahmad Ahmad, by FIFA's ethics committee amid a torrent of allegations of wrongdoing, ranging from financial mismanagement to sexual harassment.

"Today the first meeting of the joint CAF and FIFA Reform Taskforce takes place at CAF’s headquarters in Cairo, Egypt. The meeting will follow the Roadmap for the CAF/FIFA Partnership, announced in June this year, following CAF’s request for support from FIFA to accelerate the African Football Confederation’s ongoing reform process," a statement on CAF's website read.

"The joint CAF/FIFA Partnership Roadmap covers three main areas: financial management, good governance and internal procedures. It is being implemented collaboratively by CAF Secretary General Mouad Hajji and FIFA Secretary General and General Delegate for Africa Fatma Samoura, with the support of a group of specialists from FIFA selected for their expertise in key areas," it continued.

Speaking @ Reform Taskforce meeting @FIFAcom Pres.: “Fifa has come a long way over the past years & we have turned things around for the good of ⚽️. We are here to share what we learned & experienced in dealing with crisis situations & to help African ⚽️.” pic.twitter.com/9Y2Zde4aS5