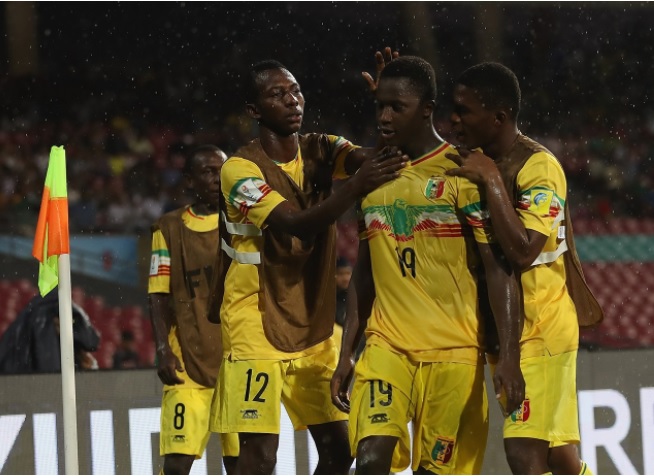 After a narrow defeat in their opening match, Mali rebounded strongly to defeat Turkey 3-0 and put themselves back in the Group B reckoning at the FIFA U-17 World Cup India 2017.

The Malians could have scored another handful of goals if not for the heroics of Turkish goalkeeper Berke Ozer, who was under siege by the electric Malian attack almost from the opening whistle.

Forward Lassana N’Diaye could have struck twice in the opening quarter of an hour, but the African side had to wait until the 38th minute to open the scoring when a perfectly weighted through ball from Hadji Drame was finished well by Djemoussa Traore with just the goalkeeper to beat.

Two Turkish substitutions around half-time helped the Europeans build some momentum, but it was ended by N’Diaye, who slotted home a rebound off the post from Abdoulaye Diaby’s shot in the 68th minute.

The Eaglets put the match out of reach with a decisive climax, with a ferocious shot by Fode Konate from the edge of the area in the dying minutes.