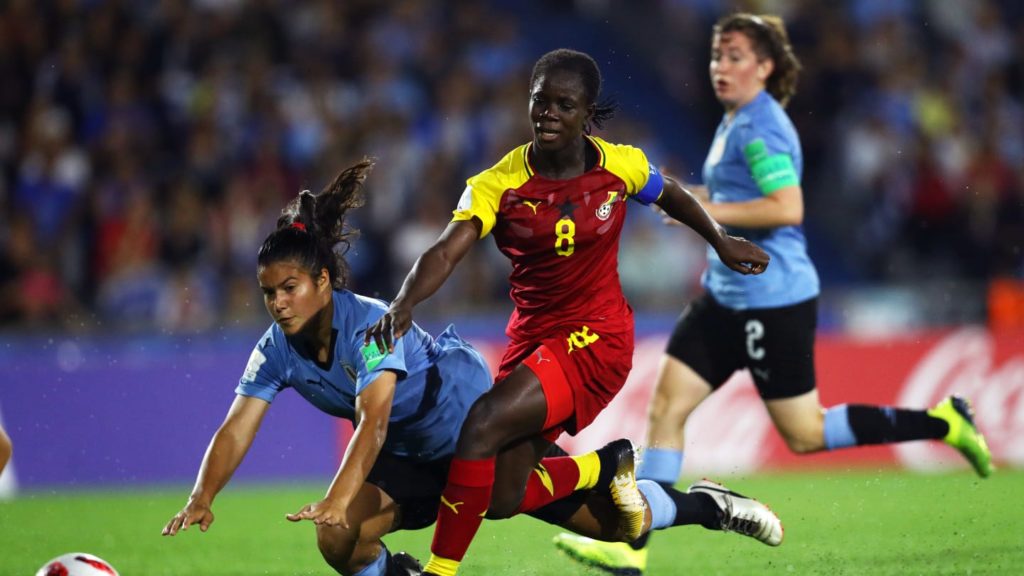 Head coach of the Black Maidens, Evans Adotey says he knew striker Abdulai Mukarama would excel in the opening game against Uruguay, praising her hat-trick in the 5-0 thrashing of the hosts.

The 16 year old forward was in devastating form against the South Americans after scoring three goals as Ghana thumped Uruguay 5-0 on match day 1.

Despite missing several chances, Mukarama scored in the 25th, 78th and 90th minutes to mark the first hat-trick of the tournament, but her coach, Evans Adotey is not surprise with her explosive start to the tournament.

"I knew already she was going to win the best player," he said after the game. "I told her to bang in the goals and low and behold she was able to score three for Ghana."

The Northern Ladies attacker was named player of the match as Ghana cruise to top of group A.

The team will next face Finland, who lost their opening game to New Zealand by a goal to nil.