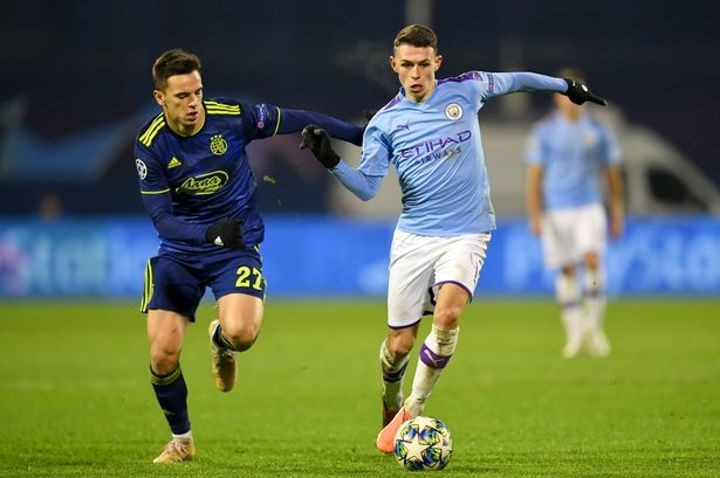 Lionel Messi might well praise Phil Foden for his potential – the Manchester City youngster is already chasing down his Champions League stats!

Of course it would be unfair, and unrealistic, to make any comparison between Barcelona's serial winner, arguably the greatest footballer of all time, and a 19-year-old just setting out on a hugely promising career path.

But Argentina ace Messi himself picked out Foden as one of the stars of the future, saying: “He will do amazing things in the game. He has huge talent.”

The way Foden has been used sparingly by manager Pep Guardiola has caused frustration not least among City fans, and England supporters, all desperate to see him let off the leash.

But the manner in which Foden has matured this season, and has risen to Guardiola's challenge to stamp his personality on games, suggests that the Catalan has it right.

Foden has played less than a half of Messi's Champions League minutes this season but has scored as many goals (two) and has two assists to the Barca man's three.

And behind those stats lies the truth about the way Foden HAS progressed for the Blues.

He was trusted to start against Atalanta in the group stages, which was seen as Guardiola playing a weakened team against a Serie A team which had lost its opening two group games.

His assist in a 5-1 win reinforced that feeling, even though his neat, unselfish set-up for Raheem Sterling came at a crucial moment, making it 3-1 as the Blues fought back from a goal down.

In retrospect, that 5-1 win was quite a performance, as the Italian club stormed back to clinch runners-up spot in the group and were one of the first teams into the hat for the quarter-finals with an aggregate steam-rollering of Valencia by 8-4, before the coronavirus pandemic brought the tournament to a halt.

But a real snapshot of Foden's development came in the final group game, away to Dinamo Zagreb.

Again Foden was picked from the start and, even though City had already qualified as group winners, they were up against a Dinamo side who could secure a place in the last 16 with a win, and were backed by a passionate and hostile crowd.

Foden took charge of the game, his direct running and shrewd passing playing a major part in the first three goals before he scored the fourth himself in a 4-1 triumph.

That performance has brought lift-off from Foden. Since that night in Croatia, the Stockport lad has played 55 minutes or more on eight occasions.

In those eight games, he has scored twice and made five assists. Those are the kind of figures he needs if he is to make the step up into David Silva's boots next season.

And if, eventually, he is to live up to Messi's bold prediction.