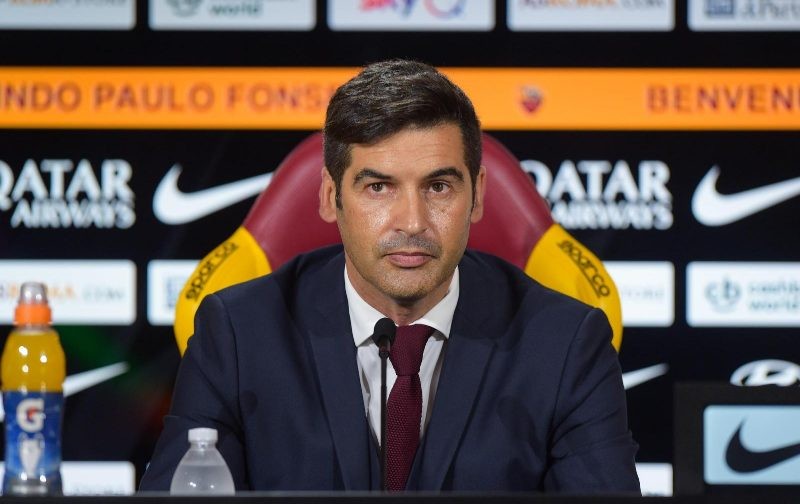 STADIO DALL’ARA (Bologna) – After a last gasp win over Bologna, Roma coach Paulo Fonseca has praised the character of his players, though admitted he would have been okay with a draw.

Aleksandar Kolarov initially put the Giallorossi ahead with a sublime freekick 49 minutes in, but that didn’t last long as his foul led to a penalty for the home side which Nicola Sansone duly converted.

Then right at the death, Edin Dzeko gave Roma the three points with a simple header.

“This was our first proper away game,” Fonseca told the press. “And we had to show the same spirit as we did at Lazio.

“Bologna were dangerous, but we showed great character. We believed up until the last minute that we could win, and for that reason we deserved it. “We were dominant, and often had the ball in Bologna’s half of the field, even though in the final third a bit of quality was missing. That’s something we have to work on.

“I don’t want to say we were better than Bologna, but a draw would have been an acceptable result.”

Aleksandar Kolarov was vital to Roma’s win, scoring the first goal, and operating almost as a left winger at times.

“The idea is to have one full-back who pushes forward, and another who stays back,” Fonseca continued.

“Today it was Aleksandar’s turn, but we do have other assets. In the second half for example, [Leonardo] Spinazzola pushed up.

“Everything depends on the strategy and the opposition.

“We have a lot of quality players in the squad, and from a strategic point of view I preferred [Justin] Kluivert over [Nicolo] Zaniolo.”