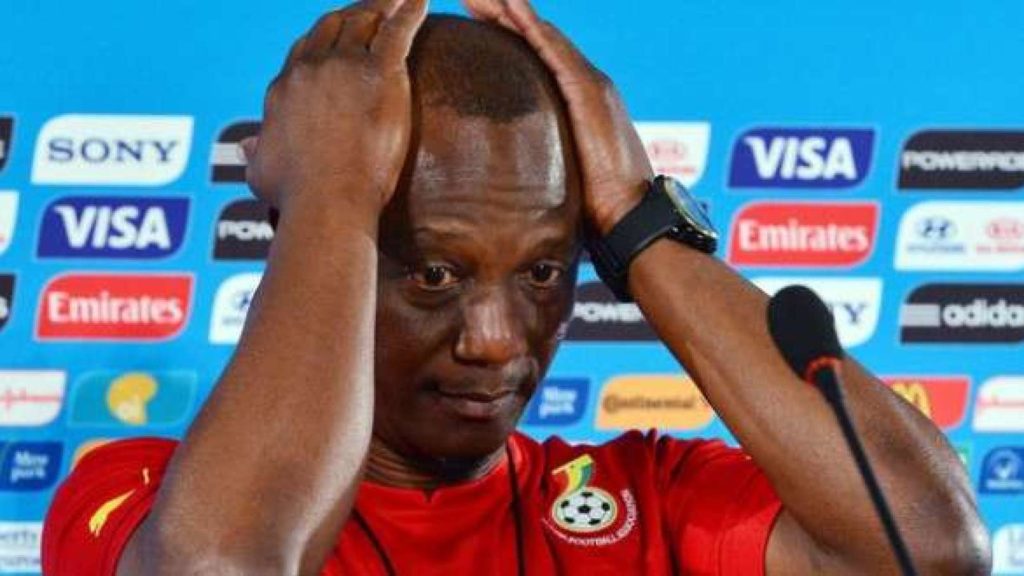 Ex-Ghana international Sam Johnson has called on the Ghana Football Association to extend the contract of coach of the national team, Kwesi Appiah.

Last week, coach Kwesi Appiah revealed that the two year contract handed him is not enough to achieve his targets.

His statement has drawn several discussions in the media with former defender of the Black Stars, Sam Johnson backing Appiah's claim for contract extension.

”If Kwasi Appiah has really said that his two years contract isn’t enough for him to win laurels, I think there isn’t anything wrong with the remarks at all,”  the former Anderlecht man said on Accra-based Radio Gold.

”Why am I saying so? this is because before he [Kwasi Appiah] left the team for Avram Grant to take over, how was the standard of the players he left off and how has it been now since he came back?,” he quizzed.

”So one could clearly observe that he’s now building a new team although one could question his team building process by suggesting that he should have finished forming his formidable side within the two-year contract period by now,”

”But with fairness, judging from the previous squad that used to play under him, most of them are still with the current team and are being caught up with ages.So for him to suggest that he will need ample time to form a new squad is a right call on his behalf,” he emphasized.

The former Hearts of Oak guardsman continued; ”With assenting to his plea for a contract extension, I think we all are going to witness something positive from the task given to him as he could achieve that in years ahead,”

”We must forget about the two-year deal as I don’t think that is enough for him to achieve his target in winning laurels. To me it could be enough where the needed [materials] are available but currently there isn’t. So we must extend his contract in order to bring glory to the nation.”