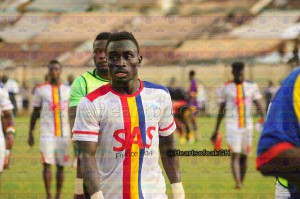 The right-back completed his move to the Ethiopian Premier League newcomers on Wednesday signing one year deal.

Andoh is joining from Mekelle 70 Enderta where he played a significant role to help them win the Ethiopian championship last campaign.

Wolkite City FC aim at retaining their premiership status at the end of the 2019/2020 Ethiopian Premier League season.