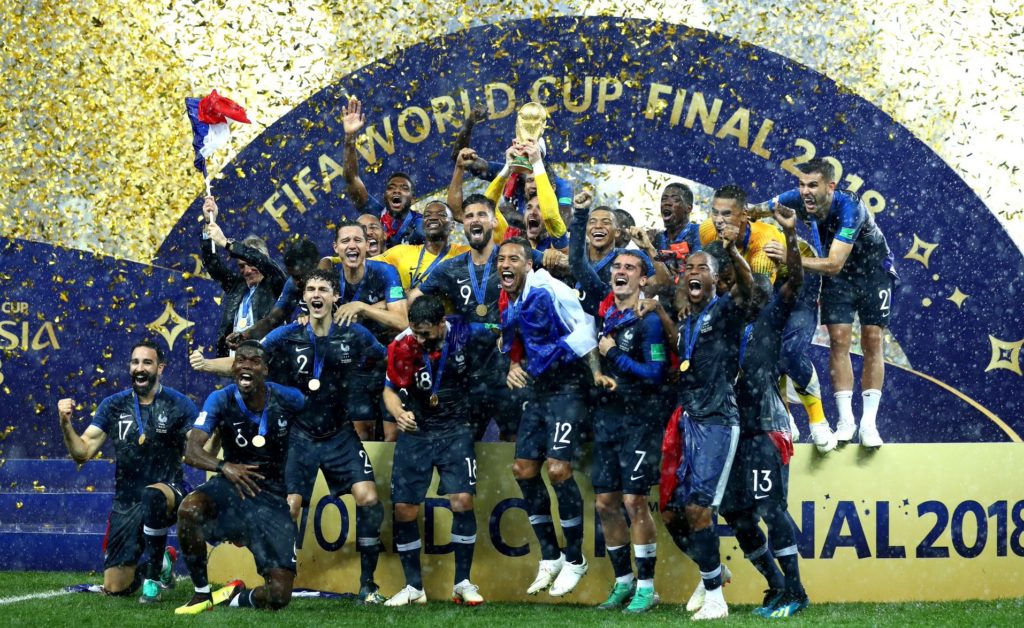 France's Kylian Mbappe and Lucas Hernandez celebrate with the trophy after winning the World Cup in Moscow on Sunday.

Venezuelan President Nicolas Maduro said on Monday that France should be grateful to their African players for the side's victory at the 2018 FIFA World Cup in Russia.

France secured their second title after beating Croatia 4-2 in the 2018 World Cup final at Moscow's Luzhniki Stadium on Sunday.

"The French team won yesterday, although they looked like an African team, in fact, Africa won, the African migrants who moved to France," Maduro said.

The Venezuelan leader added that France and the whole of Europe should value the significance and strength of "people from the South, Africans, Latin Americans."

"The World Cup was named the best football tournament in history, and Russia hosted it, so we send greetings to President [Vladimir] Putin, to the Russian people from here," Maduro said.

Russia hosted its first World Cup from June 14 to July 15 with the games held in 11 cities across the country.