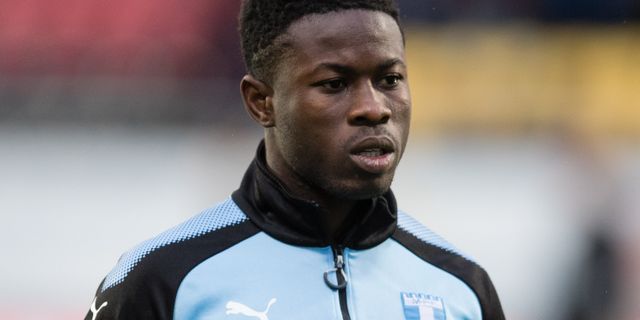 Ghana midfielder Kingsley Sarfo's deportation has been put on hold after fresh evidence popped up in his rape trial.

The former Malmo midfielder was charged with rape of an underage girl, which saw him sentenced to jail in Sweden.

The new evidence from Sarfo's case indicates the girl in question was 15-years old and not 14 as it was stated in the case.

"It is a very positive decision. By resuming the preliminary investigation, he will have another chance and trial of this," says his agent Thomas Bodström

This has forced for new investigations into the players case and if it is found that the girl was indeed 15, the player could be exonerated of all charges.

This could allow him to stay in Sweden and continue his career.

Sarfo is the second Ghanaian to suffer a similar fate after Kwame Bonsu, who now plies his trade in Tunisia with Africa Champions Esperance de Tunis.