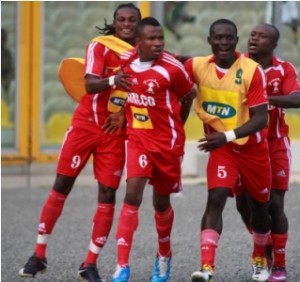 Members of GHALCA unanimously endorsed the Â ban and fine imposed onÂ Asante Kotoko at an emergency meeting held on FridayÂ for snubbing the President's CupÂ medal and trophy presentation early this month.

Kotoko fans have been angered by the 10,000 Ghana cedis fine and one-year ban handed the club by the Interim Management Committee but that have now received the full backing of its members.

The club blamed referee Awal Mohammed for their 7-6 penalty shoot-out defeat to Premier League Champions Berekum Chelsea in the match played at the Accra Sports Stadium on 1 July.

Earlier on Friday, Kotoko officially replied GHALCA in a letter and described their decision to punishment them as "rash and a disregard to natural justice."