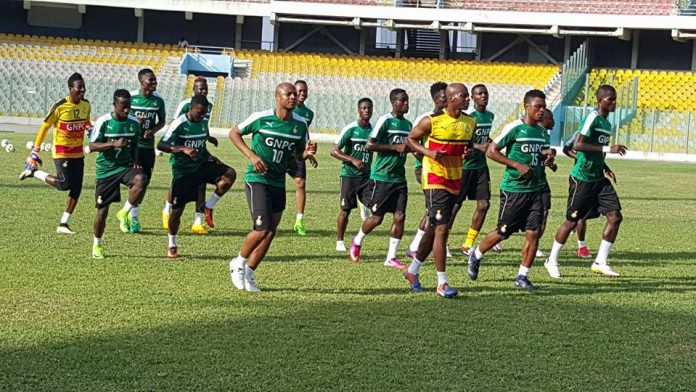 The two teams will face off in a win-or-bust assignment at Namboole that could determine which side among them, or group E table-toppers Egypt, will play at next year’s FIFA World Cup in Russia.

The squad had, however, increased to 21 players including 19 foreigners by the time the Black Stars held their sixth and final training session at the 60,000 seater Kasarani Stadium yesterday morning.

“We came here specifically to acclimatize so that no team enjoys any geographical advantage on Sunday,” Appiah explained to journalists after Wednesday’s session.

He added: “It is a crucial game.We will have to be extremely careful against a strong side that almost never loses at home.”

Still, four of the players in Ghana’s team to face second placed Uganda, including Hearts of Oak defender Vincent Atinga were part of the local based squad that recently won the regional West African Football Union (WAFU) regional Cup of Nations courtesy of an overwhelming 4-1 win over Nigeria last month.