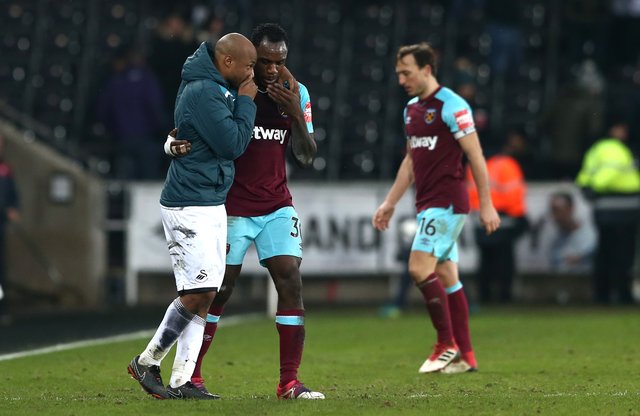 Ghana captain Andre Ayew has opened up on his relationship with West Ham star Michail Antonio.

Ayew and Antonio were teammates at the London club during the Ghanaian's two seasons at West Ham between 2016 to 2018.

Although both players were struggling to find their feet at the club, Ayew moved on to rejoin Swansea City with Antonio staying.

The Jamaica international is now the star of the Hammers and looks to be propelling them to a top four finish this season.

“Michail has not had it that easy but I’m glad he is getting all the reward his hard work deserves,” Ayew told Londonworld.com.

“At the beginning he had challenges of staying fit and he worked really hard to get to that.

“He always had that ability to play well, take people on and go past two or three players."

These days Andre Ayew plies his trade in Qatar with Al Sadd, where he has netted seven goals in eight matches.