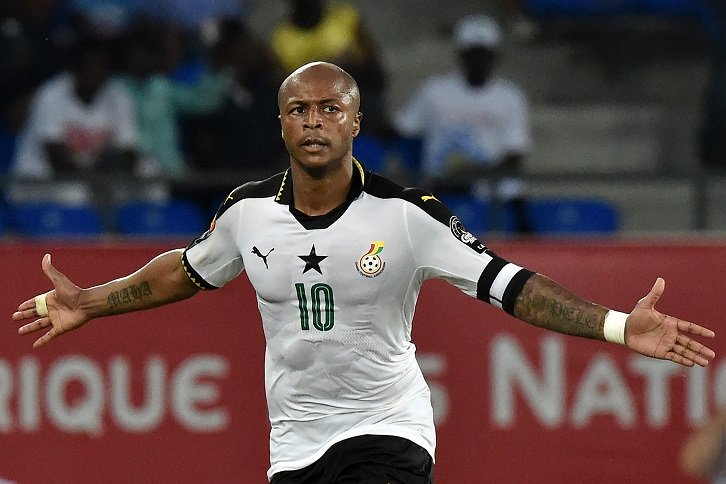 Andre Ayew will captain Ghana at the 2019 AFCON

Ghana and Newcastle midfielder Christian Astu says newly named captain of the Black Stars Andre Ayew has the support of team heading into the Africa Cup of Nations to be staged in Egypt.

Ghana coach Kwasi Appiah named Andre Ayew as his new captain and elevated Asamoah Gyan to General captain as part of his plans to build a squad capable of annexing the trophy which has eluded Ghana since 1982.

According to Atsu, any individual named in the Black Stars as captain will always have the support of the team as the goal is to win the trophy.

“I don’t mind who becomes the captain in the Black Stars team. Anyone appointed as the captain by the coach would receive the same support and respect he deserves. We as players support our captain and that is what we would do to win the Cup,” he told GNA.

The 27-year-old was also pleased the issues surrounding the team concerning the captaincy brouhaha has been settled.

“We all heard what went on regarding the captaincy but now the President has come in to resolve the problem. So, our focus is to go and win the cup for Ghana. All the players are happy that everything has died down.

“We are determined and don’t want any problem in camp again. You know sometimes, as a family we have problems but we are able to solve it as mature people. Sometimes even after breaking camp, problems come but we solve them ourselves, so I believe it is good that we are able to solve our problems when they come,” he added.

Atsu will be playing in his third AFCON and is hopeful Ghana can win the trophy in Egypt.