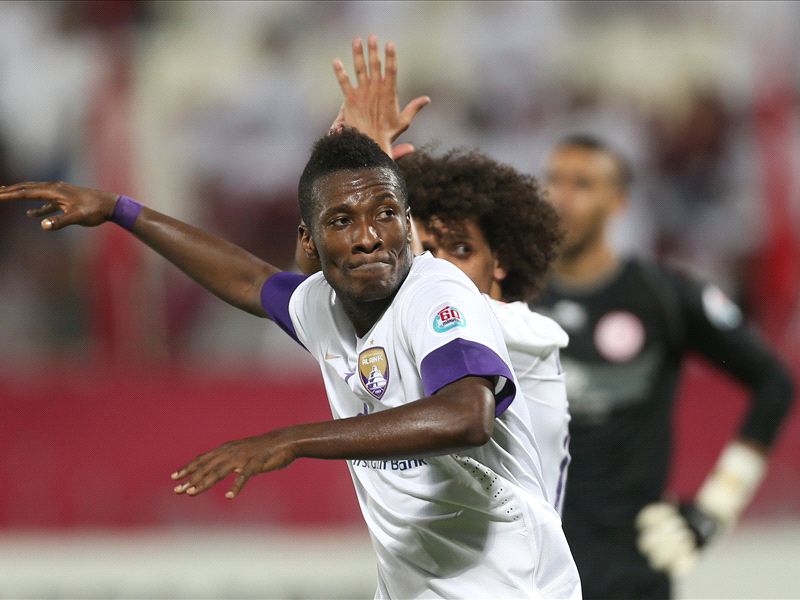 Ghana captain Asamoah Gyan is refusing to throw in the towel for Al Ain in their Asian Champions League campaign despite succumbing to a 3-0 loss at Saudi side Al Hilal on Wednesday.Â

The Black Stars record scorer was in full time action for Al Ain but failed to find his scoring boots as they slipped to defeat in the semi-final first-leg clash in Saudi Arabia.

Al Hilal will enter into the reverse fixture with a big chance of eliminating Al Ain and denying the influential player a place in the final but he insists his side stand a chance of progress though he admits it will not be an easy game.

"Coming down from 3-0 bashing is not an easy thing and its going to be difficult in the return leg. But I believe in my abilities and that of my team, so we can change it so that we qualify for the final," Gyan said in the post-match interview.

Gyan has an incredible scoring run for the Emirates side.