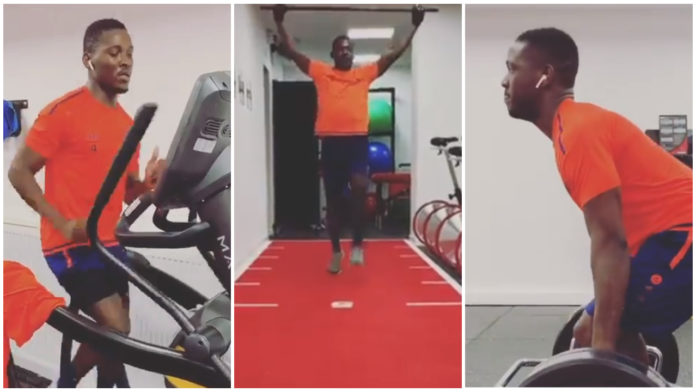 Royal Antwerp defender Daniel Opare has started training after being sidelined for the past four months.

The 28-year-old has hit the gym in a bid to improve his road to full recovery.

The Ghana international has been in the treatment room since he suffered a terrible knee injury on pre-season back in June.

He suffered the setback during an exhibition match against KFC Brasschaat.

The right-back underwent a successful surgery and was not expected back to the field this year.

But he has been working his way back behind the scenes in the gym with his return expected to be quicker-than-expected.

It appears his rehabilitation is going according to plan and could be involved for the Belgian side before the turn of the year.

He posted the positive news on social media as he works on the treadmill.