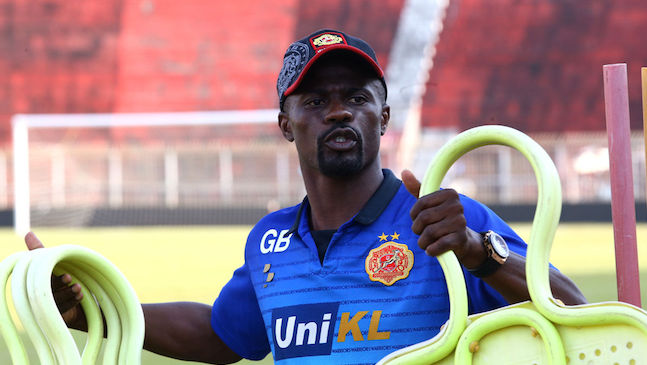 Ghana coach Kwesi Appiah's decision to make former Dutch international George Boateng a scout at the Nations Cup in Egypt has been rejected by the GFA Normalisation Committee.

According to information reaching Ghana's leading football website GHANASoccernet.com, the NC were unhappy with Appiah's decision claiming there are more qualified people in the country who can play that role.

The meeting between Kwesi Appiah and the Normalisation Committee ended abruptly after the coach revealed his decision on making Boateng a scout.

The NC believes a former player of the Black Stars, or someone who has played a role with the national team in the past could make a good choice.

George Boateng played for Feyernord in Holland before moving to England to play for Aston Villa, Hull City, Middlesbrough.

Coach Kwesi Appiah also told the NC of his decision to strip off Asamoah Gyan the captaincy, leading to the striker announcing his shocking retirement from the national team with just 32 days to the Nations Cup.

Appiah will name his provisional squad for the Nations Cup on Wednesday.