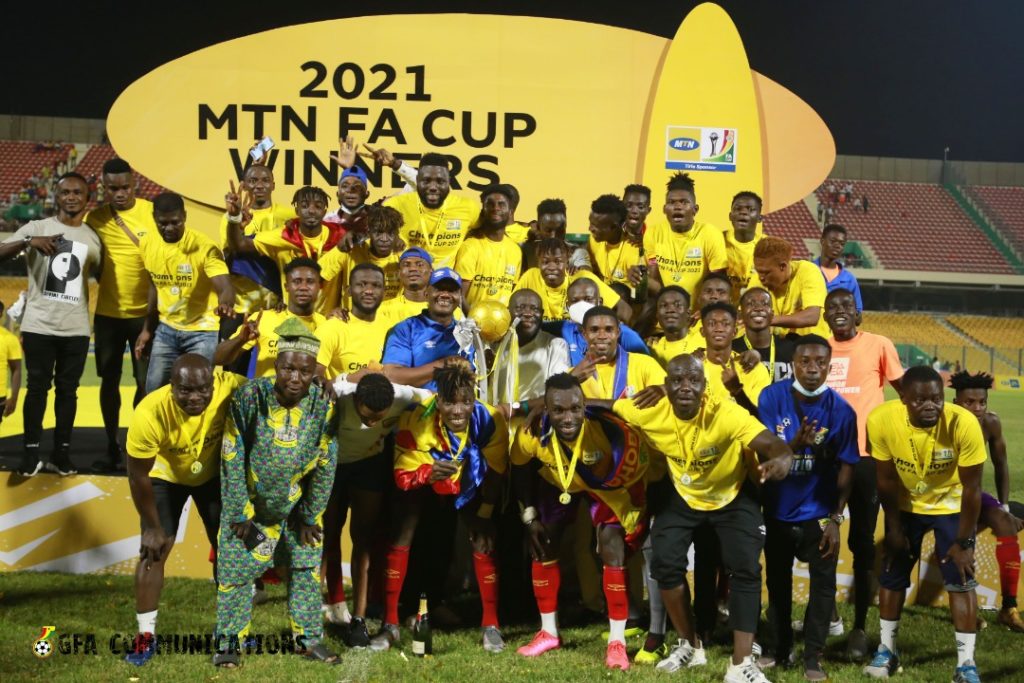 Double winners, Hearts of Oak, have been confirmed the Ghana Super Cup champions.

The Phobians won the 2020/21 Ghana Premier League and were crowned MTN FA Cup champions after a penalty shootout victory over Ashantigold in Accra on Sunday.

According to the FA's regulation, the winner of the league and the FA Cup, automatically becomes the Super Cup champion.

“The Champion of the Premier Division League and the Champion of the FA Cup competition, if not one and the same club, shall play a straight knockout match and the winner shall be declared the Super Champion. In the event of the league champion being the same as the FA Cup champion, that Club shall be declared the automatic champion of champions. The GFA Executive Committee may, however also, organize a ceremonial match between the club and either the runners up in the league or FA Cup for the purpose of awarding the trophy," states the rule.

However, a coronation match will be played for the trophy to be presented.

The Super Cup is played before the start of the new season, and with Hearts scooping the double, the FA will organise a one off game between them and the runners up, which is Asante Kotoko.

Hearts of Oak have been dominant since the appointment of coach Samuel Boadu.