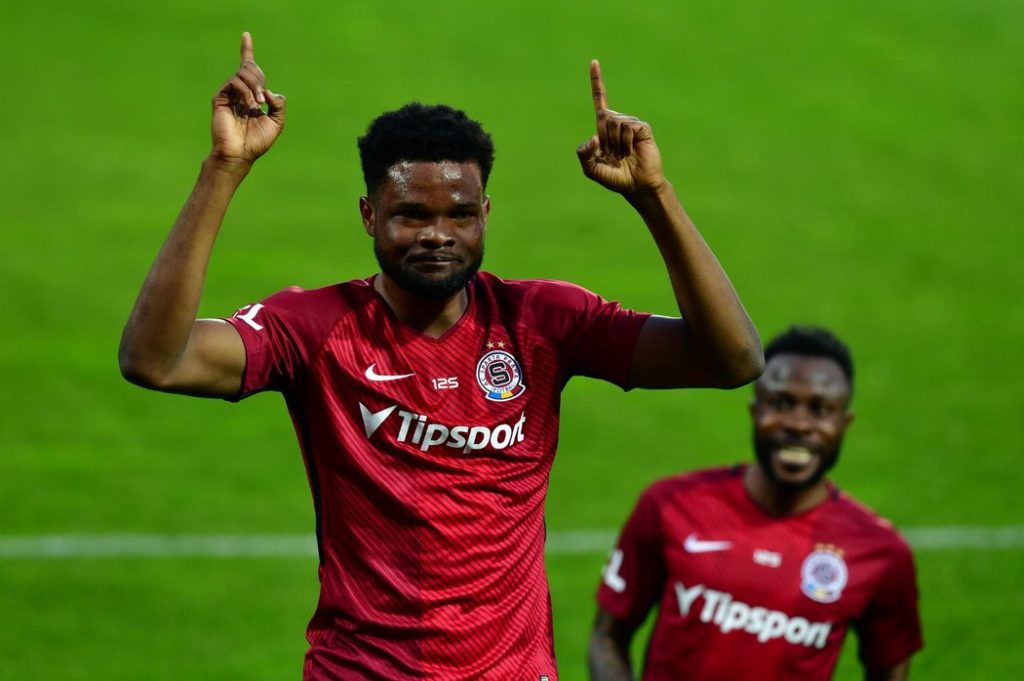 Ghana forward Benjamin Tetteh climbed off the bench to score for Sparta Prague in their 4-1 win over Liberec in the Czech Liga 1 Championship on Saturday.

The home side scored first in the through David Hancko in the ninth minute. An own goal by Martin Frydek saw Liberec pull one back  in the 29th minute.

The first half ended with Sparta Prague leading the tie by 2-1.

Benjamin Tetteh came in as a sub for Libor Kozak in the 63rd minute of the second half.

Ladislav Krejci extended the lead for Sparta with the third goal of the game in the 75th minute.

Tetteh made it 4-0 in injury time to secure the three points for Sparta Prague.

The goal was his eighth goal of the season.