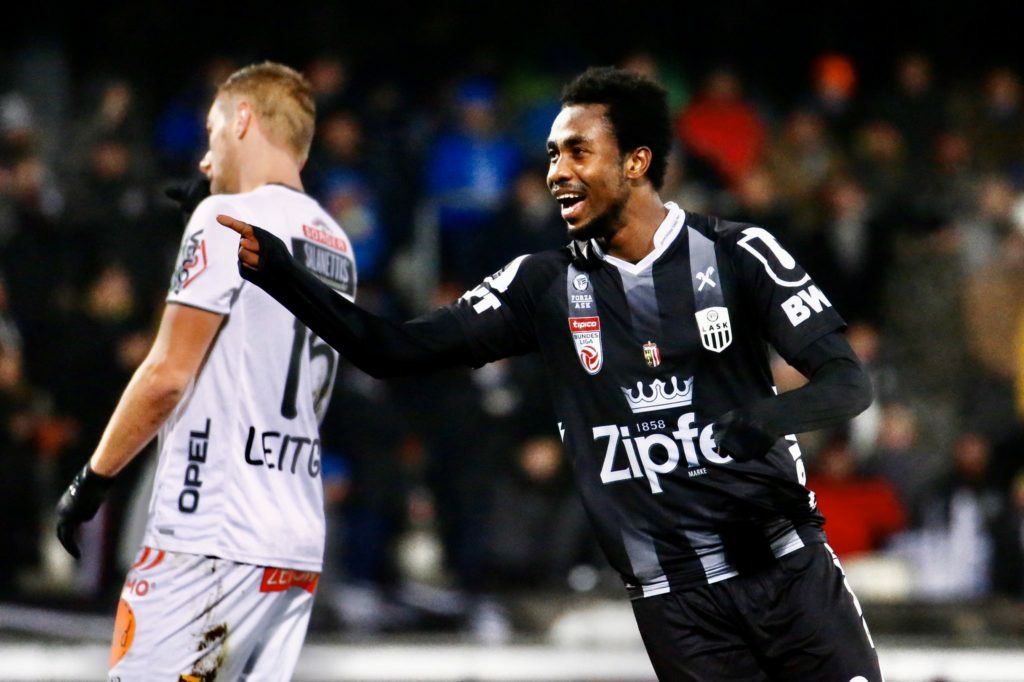 Ghana forward Samuel Tetteh has said good bye to LASK Linz in the Austrian Bundesliga as he returns to parent club Red Bull Salzburg after a two-year loan.

Tetteh did not have his stint with LASK which will end on 31 July 2020 extended despite having an outstanding campaign this season.

The West Africa Football Academy graduate joined the feeder side of Red Bull Salzburg, FC Liefring in 2016, before moving to the first team the following year.

Tetteh took to his Twitter handle to bid farewell to LASK.

A Big Thank you to the fans, my teammates, coaches and everyone in the @LASK_Official family for these great years with you guys, it’s been a great year with some moments and i say goodbye 👋🏼 today, I WISH YOU ALL THE BEST IN THE FUTURE #forzalask #gemeinsamsindwirlask ⚪️⚫️🔴 https://t.co/I2i9G5i7FK

Tetteh has two more years left on his contract with the Austrian champions Red Bull Salzburg and is expected to fight for a place in the team next season.