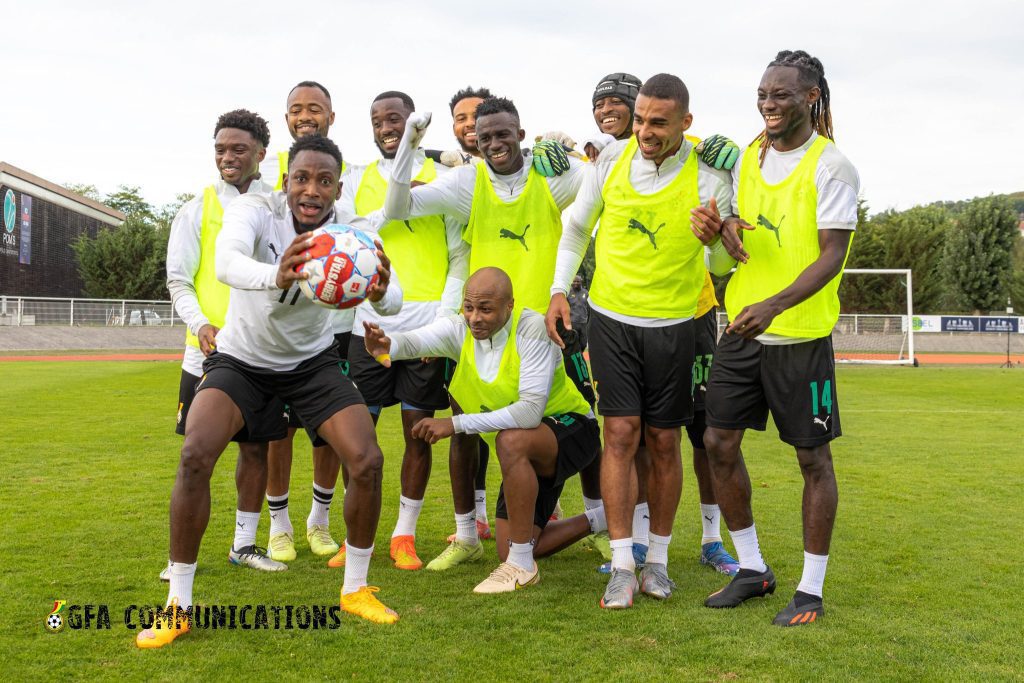 While Brazil will jet off to Qatar in November dreaming of winning a sixth World Cup, Ghana hopes the addition of reinforcements from the diaspora can re-establish the Black Stars as one of Africa's top sides.

Unbeaten throughout World Cup qualifying, Brazil's only competitive loss since going out to Belgium in the 2018 quarter-finals in Russia came against Argentina in last year's Copa America final. Ghana's recent record is far less impressive going into Friday's match in Le Havre, one of two final warm-up games for both nations ahead of the global showpiece.

A shock loss to Comoros in January consigned Ghana to their earliest Africa Cup of Nations exit in 16 years. But after the humiliation of that group stage debacle in Cameroon, Ghana rebounded by defeating fierce West African rivals Nigeria to reach a fourth World Cup in five tries.

They edged Nigeria on away goals and with the bitter memories of an AFCON failure still fresh, Ghana's management team made it a matter of urgency to cast the net for new players far and wide.

Coach Otto Addo turned to his German roots to lure Ransford-Yeboah Konigsdorffer and Stephan Ambrosius, both capped by Germany at the under-21 level, while Chris Hughton was instrumental in convincing Tariq Lamptey to switch allegiance from England.

Yet the most intriguing newcomer in the Ghana camp is Inaki Williams, who won one cap for Spain, the country of his birth, in 2016 friendly. Williams has made a record 239 consecutive La Liga appearances for Athletic Bilbao. His younger brother, Nico, was called up by Spain for the first time last week.

The 28-year-old qualifies through his parents, who left Ghana and crossed the Sahara desert barefoot before eventually resettling in Bilbao shortly before Williams was born. "Despite being born in Europe, I have my African roots and Ghanaian blood," Williams told BBC Sport Africa last month. "I think this is the best moment to make that decision. I don't think I will regret it because these trains (opportunities) only come by once.

"I wasn't going to have this opportunity again and I think I made the right choices. I will enjoy the moment, my roots and repay the chance Ghana has given me." - 'Lifetime decision' - Southampton defender Mohammed Salisu has also made himself available having turned down previous call-ups.

There are concerns the influx of new players could disturb the harmony of the squad that qualified for the World Cup. Addo, himself born in Germany to Ghanaian parents, is keen to stress to his dual nationals the choice to represent the four-time African champions is "a lifetime decision".

"It's not only about the World Cup, but also about more World Cups to come," Addo, who played for Ghana at the 2006 World Cup, told the BBC World Football podcast. "It's about the African Cup of Nations. It's about winning and being successful. So, it's not about just this one World Cup in Qatar."

Addo will have little time to integrate the newcomers with next Tuesday's friendly against Nicaragua in Spain the only other run-out scheduled before he names his final list for Qatar.

The finals will surely represent one last chance for Lionel Messi and Cristiano Ronaldo to lift a World Cup, but the same could apply to Neymar, still comparatively young at 30.

The Brazilian said last year he might not feature at a World Cup again, such is the strain on his body and mind. But Neymar looks to have returned to the peak of his powers after a brilliant start to the season with Paris Saint-Germain.

He is three shy of Pele's national record of 77 goals for Brazil, and coach Tite believes a new generation of players is ready to share the load.

However, there was no place for Gabriel Jesus in his latest squad despite the striker impressing since his July move from Manchester City to Arsenal.