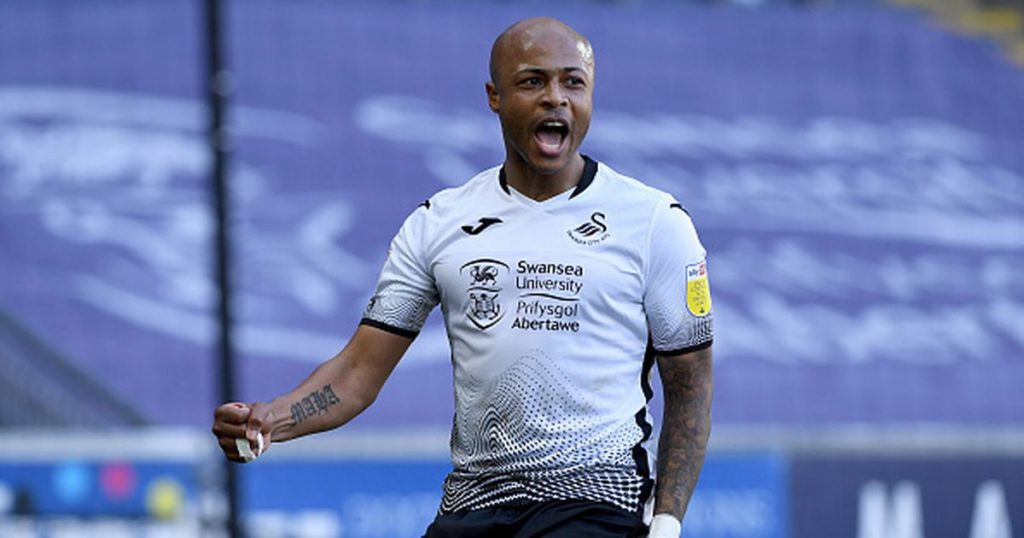 Ghana and Swansea star man Andre Ayew scored his second late penalty in less than 72 hours to hand his side a 2-1 victory against Middlesbrough in the English Championship.

Ayew had given Swansea the lead in the first half , finishing off brilliantly for his 12 goal of the season and that looked to be enough for all three points before Middlesbrough levelled through Sam Morsy on the 90th minute.

The 30-year-old then stepped forward to score a 95th minute penalty and secure all three points after Jake Bidwell was brought down, this follows his heroics against Stoke City on Wednesday night where he proved his nerves were made of steel to finish off another late penalty that secured all three points on the day.

Today's double now means the Ghanaian has scored four in his last three games and takes his tally to 13 goals for the season. The win also takes Swansea to 3rd on the league table just one point behind second placed Watford despite playing two games less.

Former Westham man Andre Ayew scored 16 goals last season as the Swans sneaked through the play-off last season, ultimately losing to Brentford. He will now be hoping that his goals this season will be enough to secure a place for automatic promotion to the Premier League next season.

The Ghanaian has now also scored a total 0f 42 goals for Welsh side counting down from when he first joined in the 2015/2016 season. Swansea will now be hoping to make it three wins on the run when they make the trip to Blackburn on Tuesday night.