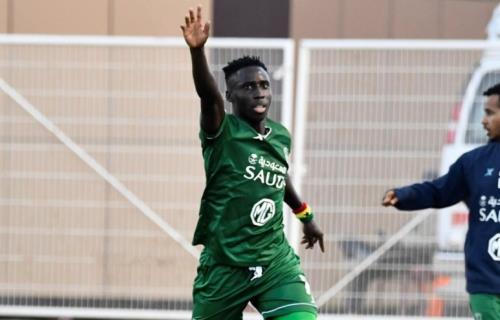 The 24-year-old could return to parent club Al-Fahya to force a move away to another stellar club after joining the Saudi powerhouse on loan back in October 2020.

The Ghana international will be the first to leave Al-Ahli during the winter transfer window amid uncertainty surrounding his long-term future.

Al-Ahli fans have been unhappy with the reluctance of the Al-Ahli management to tie down the Ghanaian permanently after impressing heavily since joining on loan.

Owusu has shown tremendous capabilities and possess the quality to represent the Saudi giants- showcasing his immense talent.

Rivals Al-Ittihad has jumped into the fray to sign the talented wideman who is a hot commodity in the gulf.

Saudi 360 are reporting that the former Čukarički star will leave the club by the end of the month as he awaits his next destination.

The Ghana international enjoyed a successful season in the Saudi Pro League with Al-Fahya despite the side's relegation last season.

Al-Ittihad are lining up a move for the winger as they look to strengthen their side.

Owusu has scored three goals in eight matches for Al-Ahli.