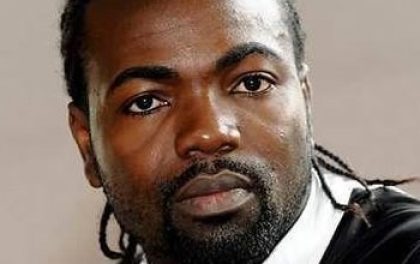 German side Hoffenheim have announced that they could sell their Ghana striker Prince Tagoe in the coming days.

This comes after the hitman joined the club on pre-season and has been visibly unhappy about his return to the Bundesliga side.

The revelation has sparked hopes that an agreement could be reached for the striker to return to Serbian giants Partizan Belgrade.

Hoffenheim had already rejected a 1 million euro bid from the Champions League campaigners.

But with the player keen on continuing his exploits with Partizan while playing time is not guaranteed in Germany, Hoffenheim says he could leave the club soon.

â€œThis can happen in the next few days, but may drag on for several weeks. This is all I can say nothing at the moment, not to jeopardize the transfer."

With six weeks to the close of the transfer window, several clubs in Germany, France, England, Russia and Turkey have expressed interest in securing his signature.

Major League Soccer side Seattle Sounders have also stated that they cannot afford to pay U$ 200,000 a week for his services.

The 24-year-old returned to the Bundesliga side after enjoying a successful half-season loan spell at Partizan Belgrade.

The Serbia champions were keen on handing a permanent contract but failed to reach an agreement with Hoffenheim over his transfer fee.

Several clubs were also interested in the striker but they were unable to meet the demands of the German side.

The lanky forward moved from the club after enjoying limited playing time during his one-year stay with the German club.

Partizan are interested in him as they prepare to play in the Uefa Champions League.

Heâ€™s coming off a club season in which he scored nine goals in 15 league matches for FK Partizan of the Serbian Superliga.

In all competitions for club and country, he scored 15 goals in 29 matches.