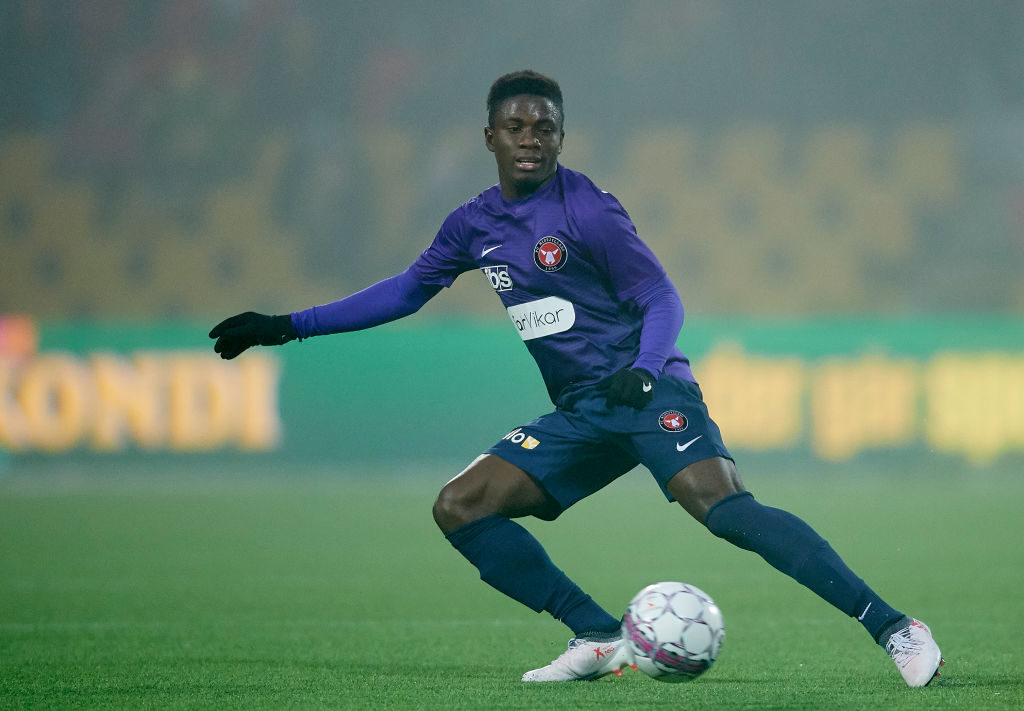 Ghanaian midfielder Baidoo has excelled in Norway with FK Jerv

Ghanaian U20 midfielder Micheal Baidoo is eyeing a return to Danish top-flight side Midtjylland FC after excelling away on loan in Norway.

The 20-year-old excelled on loan with Norwegian side FK Jerv which has sparked hopes that he would return to play for Midtjylland on expiry of his loan deal.

The speedy right winger had a great loan spell with FK Jerv, who compete in the Norwegian second tier league OBOS-ligaen, as they also gave him the needed playing time to continue to hone his European career.

Midtjylland loaned Baidoo to Jerv last year and his loan deal expires at the end of this month.

Last season, the youngster spent the entire season in the second tier of Danish football when he was loaned out to FC Fredericia.

Baidoo began his football career with Ghanaian Division One club Vision FC before moving Midtjylland in 2018 to start his career in Europe.

He got a taste of senior football when he made his debut in Denmark against FC Nordsjalland in a 1-1 draw game in the Danish SuperLiga tie in 2018.

Baidoo won the Danish SuperLiga Cup at the end of the 2017/2018 season which was his first major career title.

The young champ who have had a great experience from his two loan spell recently his willing to be able to win and seal a spot in Midtjylland line up coming next season.