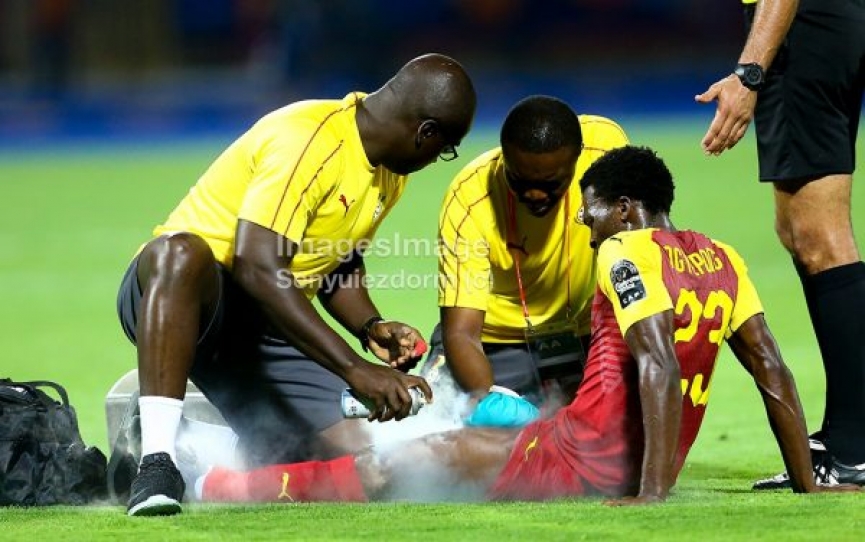 Winger Thomas Agyepong has been ruled out of Ghana's crunch tie against Cameroon in Saturday's 2019 Africa Cup of Nations group F game.

The Manchester City-owned player suffered an injury during his country's 2-2 draw against Benin.

The West Africans were forced  to make an early substitution after he picked up the knock on Tuesday.

The Ghana FA has confirmed that Agyepong will not be available for selection against the Indomitable Lions.

"Further medical test reveal that Agyepong will not be available for selection for the Cameroon game." a statement on the FA website read.

Agyepong had his season plagued with injuries as he managed just nine league appearances on loan at Scottish side Hibernian.