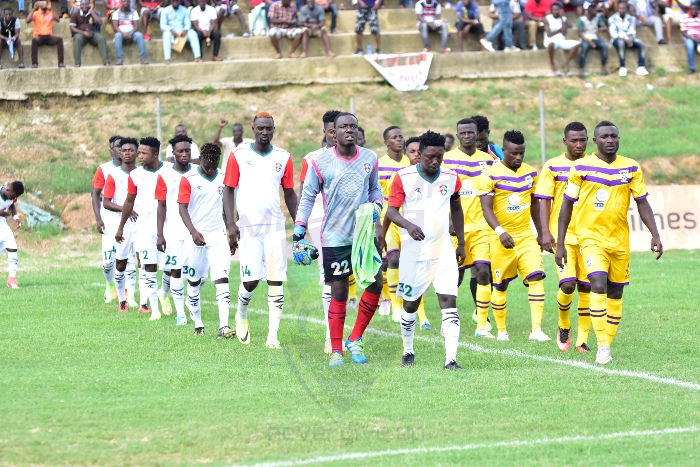 Ghanaian football clubs have been forced to break following an exposé which has brought the game on its knees in the West African.

Football has grind to a halt after exposé by undercover journalist Anas Aremeyaw revealed alleged massive corruption in the game.

The scandal-hit Ghana FA has seen several profile  personalities forced to resign from their positions.

The leader of the Ghanaian FA Kwesi Nyantakyi has resigned from his role at FIFA, CAF and WAFU.

FIFA's ethics committee suspended the Ghanaian official for 90 days during its investigation.

The alleged massive rot has forced the Ghanaian government to take a drastic measures to arrest the situation.

An Accra High Court has granted an application to the Attorney General to enable government to dissolve the association.

The latest standoff have brought the game on its knees, putting the clubs in a quagmire after due to the latest situation.

Premier League as well as second and third-tier clubs have been forced to break camp with no end in sight in reaching a consensus.

The Ghana League Clubs Association (GHALCA) are hoping to reach an agreement with government in a bid to prevent the dissolution of the FA.

While critics are pushing for a complete collapse of football in Ghana, others are also pleading with government to temper justice with mercy.

Some fans have accused the government of crumbling under pressure and appear to be playing to the gallery.

Indeed, others have questioned government's populist approach as clubs continue to suffer the brunt of the current situation.