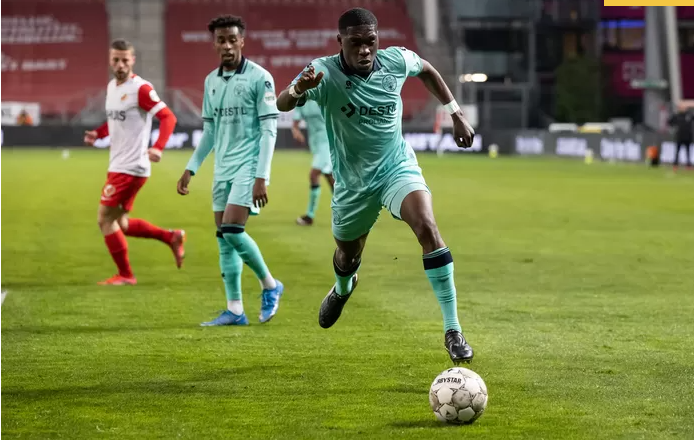 German-born Ghanaian defender Derrick Kohn made history on Saturday by becoming Willem II's player to have won the most possession in a single match.

Kohn made 19 recoveries in Willem II's defeat to FC Utrecht on Saturday.

He was one of the standout performers despite the 3-2 defeat, with compatriot Kwasi Okyere Wreidt also on the scoresheet.

“I noticed that things were going well”, the German left-back with Ghanaian roots said after the game. “Both with me and with the team. But nineteen conquests? That is indeed a lot," a shocked Kohn added.

Van de Streek opened the scoring for FC Utrecht after just four minutes before adding his second at the stroke of half-time.

Willem II pulled one back after the break through Sebastien Holmen but Utrectch extended their lead once again from a Gyrano Kerk strike.

Ghana striker Kwesi Okyere Wreidt reduced the deficit with an 82nd-minute goal, his seventh of the campaign.