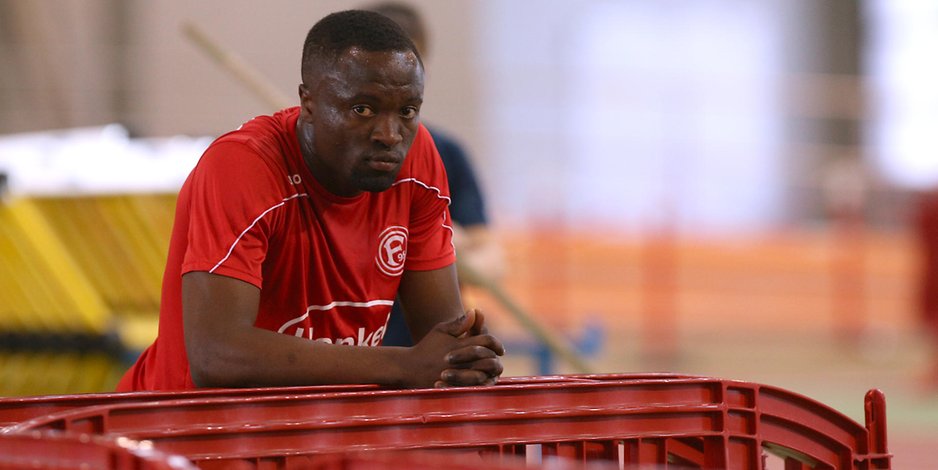 Tekpetey, 22, wants to force his way out of the club after frustrating spell last season.

The Ghanaian striker endured a miserable time after failing to score in nine Bundesliga appearances.

The Ghana Under-23 striker, who has a year left on his current loan deal from Schalke 04, has revealed publicly he will not  return to the club amid interest from Bulgarian giants Ludogorets Razgrad.

But Fortuna Dusseldorf boss Uwe Rösler has criticized the striker for his public defiance, revealing he could be sanctioned.

“I can understand Bernard's disappointment. But when a player is disappointed, he cannot simply say that he doesn't want to come anymore. Especially not through the media," he said

"That's why I spoke to Bernard personally and also to his advisor. We reserve further disciplinary consequences and I assume that he will play with us next season.

"I expect every player who has signed a contract with us to be motivated to train and show their best performance. ”

The Ghanaian was one of the rising stars after an impressive run at SC Paderborn before joining Düsseldorf.