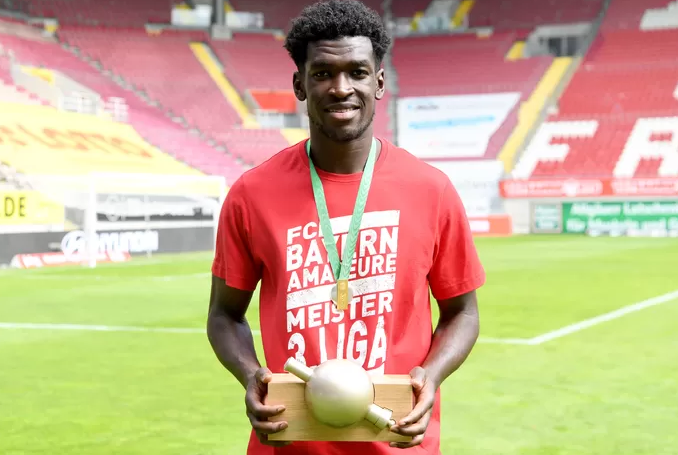 Wriedt, born in Hamburg but has made three appearances for Ghana, moved from Bayern in 2020 and joined Dutch club Willem II Tilburg.

He was the most important offensive player in the second team of Bayern Munich.

With 24 goals and five assists, he made a significant contribution to Bayern II winning the championship in the third division in the 2019/20 season.

“I really put myself into training with the pros and in 2017 I was allowed to play in the Bundesliga too. But when Sandro Wagner was hired as a backup for Robert Lewandowski in January 2018, I knew it would be difficult," Wriedt said in an interview with Sport 1.

“And although things went well for me in the U23, I only made three appearances. I had clearly hoped for more." So Wriedt decided to aim for a change after the championship.

The 27-year-old has scored one goal in four games so far this season.