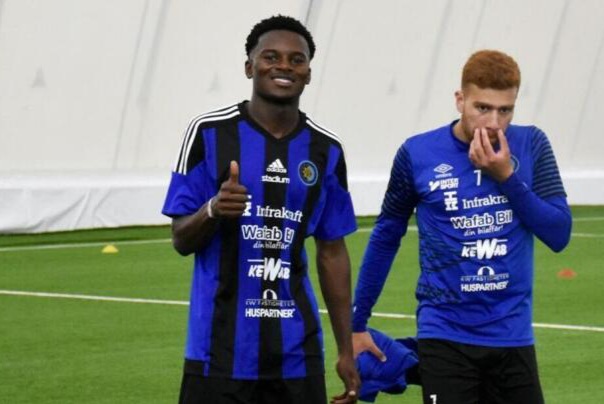 Ghanaian winger Lovette Felicia has joined Swedish club IF Brommapojkarna ahead of the 2021 season on a free transfer, GHANAsoccernet.com can confirm.

Felicia left IF Karlstad in December 2020 following the expiration of his short-term contract with the club.

The 25-year-old joined Karlstad in August 2020 with a contract running till December 2020.

Felicia was outstanding in the Swedish third-tier where he netted 12 goals in 18 matches at the end of the 2020 season.

Brommapojkarna which competed in the UEFA Europa League in 2013 suffered relegation from the second-tier to third-tier of Swedish football after the 2020 campaign.