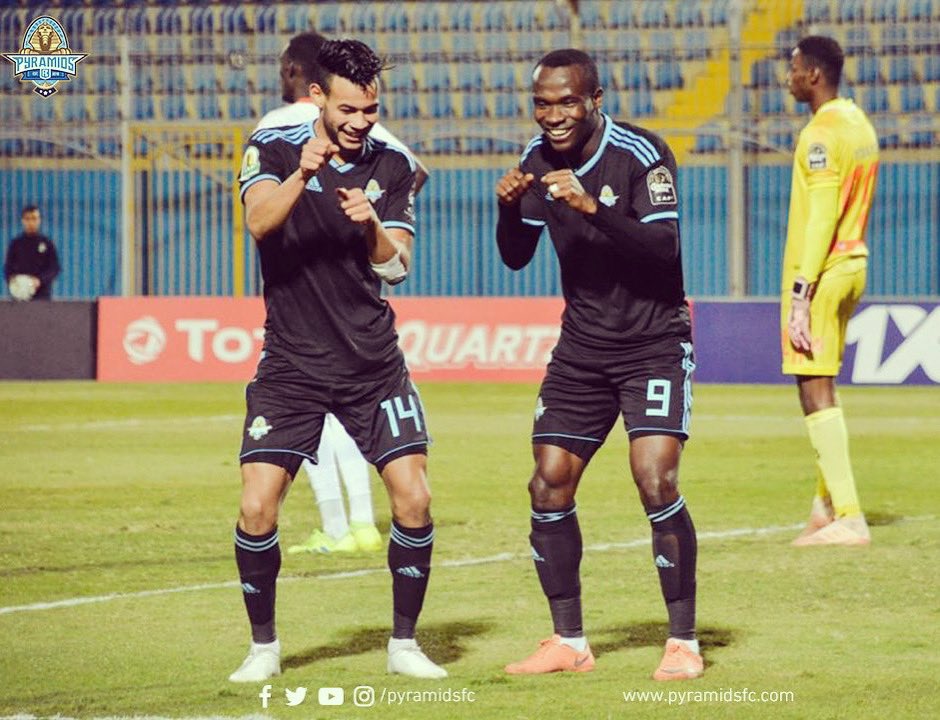 Ghanaian forward John Antwi registered his name on the scoresheet for FC Pyramids as they defeated Al Masry 2-1 in the CAF Confederation Cup on Sunday.

Having recorded two wins in their opening two games in the continent’s second club football, FC Pyramid made a short trip Al Masry with the aim of finish atop of Group A standings.

Both teams however played a tight game to end the first half with a goalless score line.

But the Sea Blue lads were handed a perfect opportunity to achieve their target after John Antwi’s clinical finish in the 54th minute.

With the match heading for a stalemate, Mohammed Al-Gabbas who came to replace Antwi in the 81st minute, struck the dagger in the chest of Al Masry fans with a deft goal in the 83rd minute.

The win ensured FC Pyramids jump to the summit of the log with 9 points after 3 round of matches.