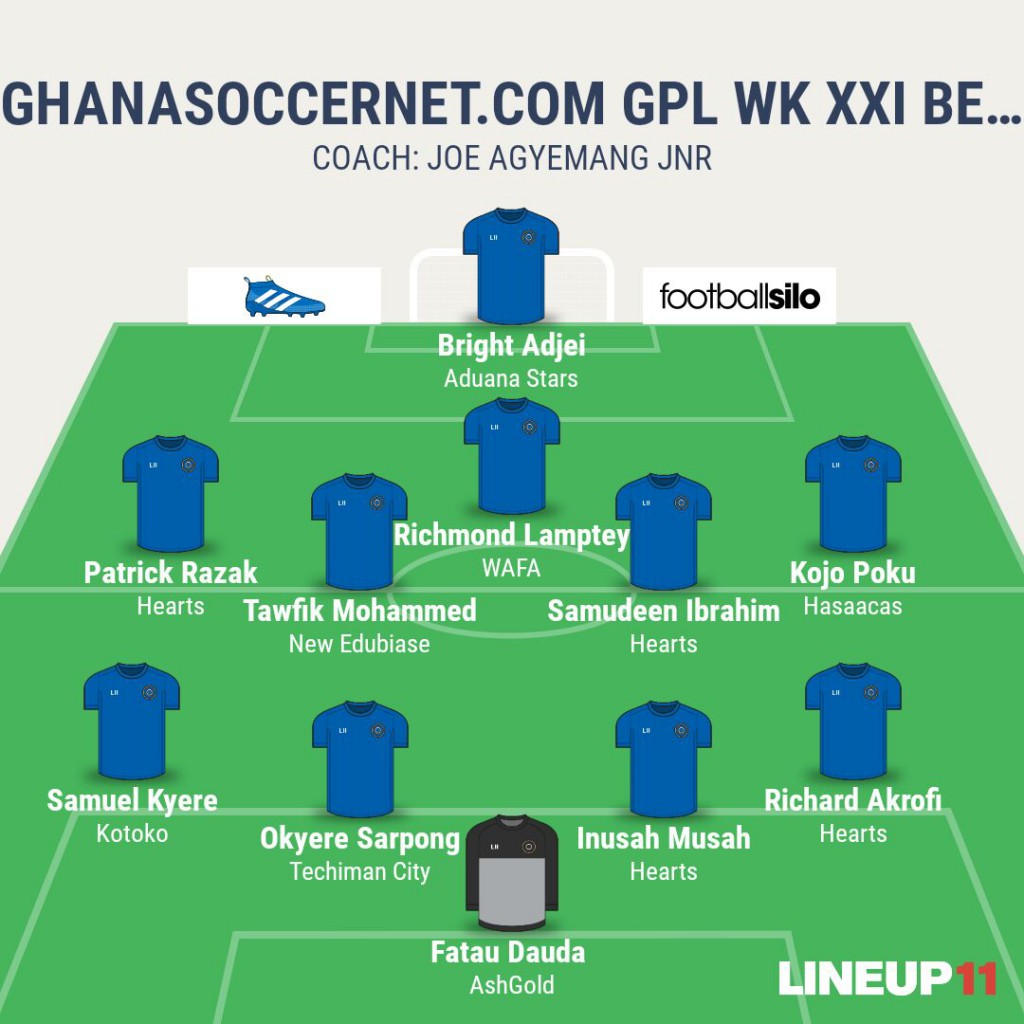 Inusah Musah’s stupendous performance for Hearts of Oak in the Super Clash with Asante Kotoko and a brace each for Hasaacas’ Kojo Poku and WAFA’s Richmond Lamptey earned them automatic places in the Ghanasoccernet.com Best XI for the Week XXI of the Ghana Premier League.

Fatau Dauda made it into the team for the fourth time in six second round matches with the most consistent Latif Blessing missing out on three successful occasions.