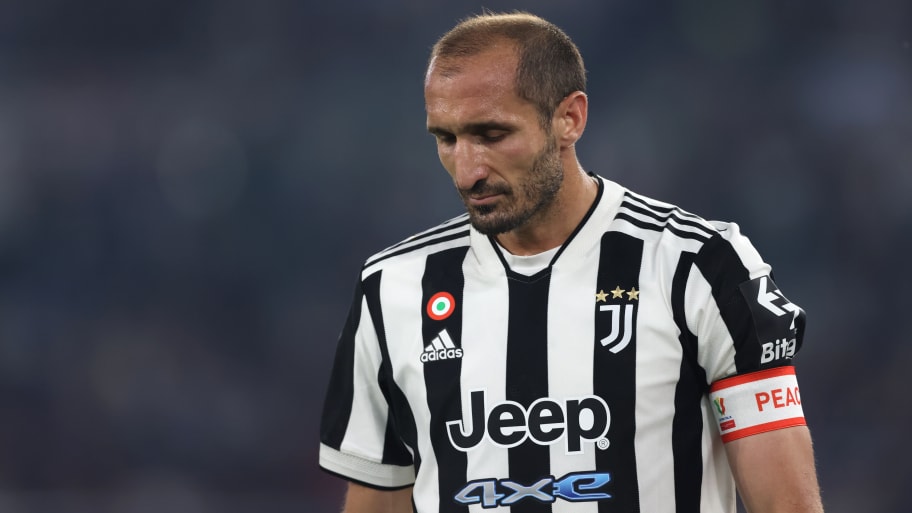 Giorgio Chiellini has announced he will be leaving Juventus at the end of the season after almost two decades at the club.

Chiellini joined the Old Lady from Roma in 2004 and he has since gone on to firmly establish himself as a legend in Turin.

The defender has won a host of silverware, including nine Serie A titles and five Coppa Italia trophies, while he also helped Juve reach two Champions League finals - both of which they lost.

Chiellini's contract is up at the end of next season and he had remained coy about his future recently. However, speaking after Wednesday's Coppa Italia final - which Juve lost to Inter after extra time - he finally confirmed he would be leaving for pastures new.

“We had these 10 magnificent years, it’s up to the lads to continue now. I did everything I could, I hope that I left something. On Monday I will say goodbye to my Juventus Stadium, then if I’ve still got something in the tank might have a run-out in Florence,“ he said.

“It is my choice 100 per cent, I am happy to leave at such a high level, because for many years I’ve said I didn’t want to finish struggling and not being able to play at my level.

“I gave it my all, soon I will be the biggest Juventus fan from the outside. After so many years within this club, you cannot shake it off.”

Chiellini has been linked with a move to the United States recently with LAFC and one other unnamed MLS side offering him a contract already.

This article was originally published on 90min as Giorgio Chiellini confirms he will leave Juventus at the end of the season .