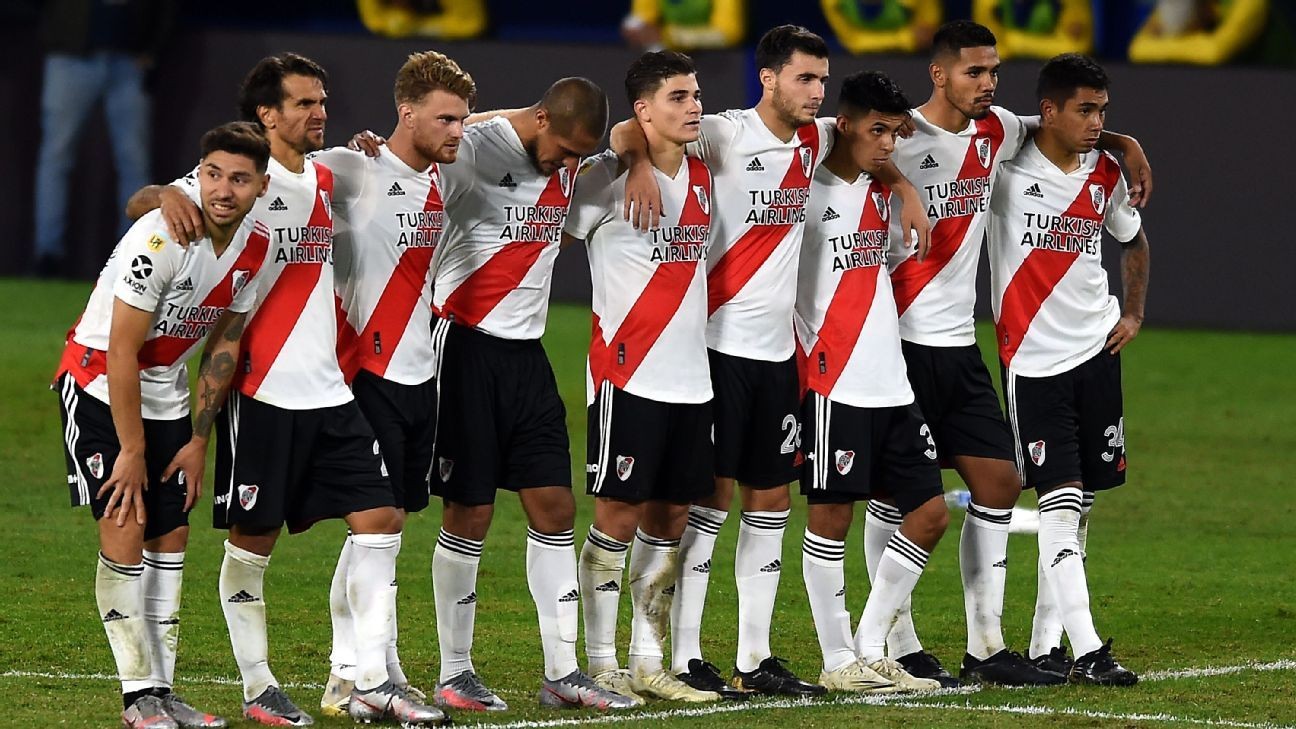 River Plate may be only able to muster 10 men for a Copa Libertadores match due to COVID positive tests and injuries. Mariano Gabriel Sanchez/Anadolu Agency via Getty Images

River Plate will be forced to use an outfield player in goal for their next Copa Libertadores tie after CONMEBOL denied their request to name two reserve keepers, the team's president said on Tuesday.

River said in a statement they had asked CONMEBOL for special dispensation to include goalkeepers Leo Diaz and Agustin Gomez in their squad for Wednesday's game against Independiente of Santa Fe, but that plea has been rejected. All four of the club's registered keepers are have tested positive for COVID-19.

Such an outcome would mean River, who are second in their Libertadores group with six points from four games, may only be able to muster 10 men to face Independiente. The club have lost 20 players to positive COVID-19 tests since Friday. River players Enzo Perez and Javier Pinola are also sidelined with non-COVID related injuries.

But River president Rodolfo D'Onofrio said that their plea to call up the additional keepers was denied.

"We are surprised because we never would have thought that CONMEBOL could make this type of decision. We presented and clarified why we thought we could use a substitute goalkeeper at any moment of the competition. [The request] is about a serious injury and we consider COVID a serious injury."

CONMEBOL has yet to publically state their decision on the request.

Diaz made his debut on Sunday in River's league defeat by Boca Juniors.

Argentina on Tuesday announced a record high death toll of 745 people as a second wave of the virus buffets the South American nation. The overall death toll climbed to 71,771.

Argentine President Alberto Fernandez on Tuesday offered to host the whole of the Copa America, replacing their current co-hosts Colombia, where a wave of civil unrest has rocked the country since late April.

The tournament is being held in two nations for the first time and is due to kick off on June 13.