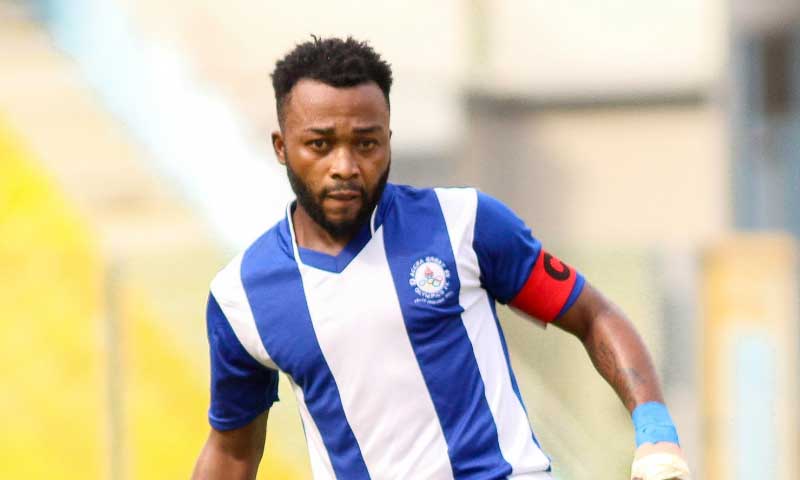 Great Olympics midfielder Gladson Awako is reported to have signed a contract with Hearts of Oak.

Awako is said to have signed a two-year contract to become the first signing of the Phobians since they were crowned champions of the Ghana Premier League.

The 31-year-old has been open to a move away from Olympics after his excellent role in the club’s impressive top-six finish in the league.

Early this week, Awako said a decision on his future has not yet been taken, despite his current contract with Olympics nearing expiration.

The club has not spoken to him about an extension and is patiently waiting for the season to conclude before announcing his next move.

Awako shone in the league with seven goals and assisted six in as many games. Also, he was awarded man of the match four times plus two player of the month awards.

Having monitored closely his excellent season, Hearts of Oak believe Awako would be a great addition to their squad.

They have prioritised the signing of the former Ghana U-20 World Cup winner as they scout the market for competent players for Africa.

Awako's experience would come in handy for Boadu's side whose target is to reach the group stage of the Caf Champions League.