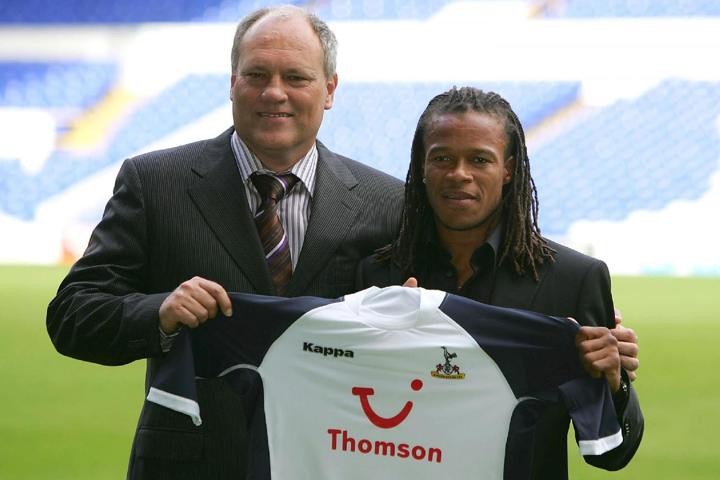 A consistent theme of ENIC's 20-year reign in charge of Tottenham has been a firm focus on youth in the transfer market.

The first few years of his chairmanship aside, Daniel Levy has favoured signing young players with high potential and sell-on value, rather than established or ageing stars.

The strategy has largely been successful, leading to the signings of Gareth Bale, Michael Carrick, Luka Modric and latterly Giovani Lo Celso and Steven Bergwijn, but it has in turn fuelled suggestions that Spurs have consistently lacked experience and "winning mentality".

Jose Mourinho has been recruited to finally end an 11-year wait for silverware and the Portuguese, who has always preferred working with established winners over rough diamonds, is already being linked with a different type of player to his predecessor Mauricio Pochettino, including Inter Milan's Diego Godin.

Mourinho potentially faces a battle to persuade Levy to sign ageing players like the 34-year-old Uruguayan centre-half but the chairman has occasionally rubber-stamped the signings of experienced stars. Here are five examples from the past 20 years:

The first bona fide superstar to wear Tottenham colours in the ENIC era, Davids arrived unexpectedly on a free transfer in August 2005, having been released by Inter.

The Dutch veteran boasted a glittering CV and had transformed Barcelona's form after arriving on loan midway through the previous season. In a squad boasting a host of young English talent – like Defoe, Carrick, Lennon, Jenas and Huddlestone – Davids added some-much needed experience and grit to Martin Jol's side.

Usually operating on the left a midfield four, Davids helped Spurs to within a whisker of Champions League qualification for the first time, as the club was infamously denied on the final day of the season during lasagne-gate.

'The Pitbull' stayed for a further season, helping Spurs to another fifth place finish, before returning to Ajax, where he began his career. As experienced heads go, Davids felt perfect for Spurs and he is still fondly remembered in N17.

Heurelho Gomes was influential in Tottenham qualifying for the Champions League for the first time but their run to the quarter-final in 2010-11 exposed the Brazilian's flaws, prompting manager Harry Redknapp to recruit veteran Friedel the following summer.

Already 40, Friedel immediately displayed Gomes and established himself as a steady but highly conservative presence between the sticks.

His record run of consecutive Premier League appearances seemed certain to be coming to an end when Spurs signed France No.1 Hugo Lloris in summer 2012 but new manager Andre Villas-Boas initially kept faith in the American, prompting incredulity across the channel.

Friedel's run of 310 consecutive matches eventually ended on October 7, 2012, when Lloris made his belated debut. The veteran was to stay at Spurs as Lloris' deputy until his retirement at the end of the 2014-15 campaign.

He is and was hugely respected at the club, where he remains as an ambassador.

A former Chelsea and Arsenal player in the twilight of his career, Gallas' arrival at Spurs in summer 2010 was not without controversy, even if manager Harry Redknapp described it as a "no-brainer".

The Frenchman soon won over his doubters with a string of solid and unfussy displays at centre-half, adding much-need experience during the run to the Champions League quarter-final.

He even captained the club, wearing the armband for the first time in the famous 3-2 win at Arsenal.

Gallas ended up staying at Spurs for three seasons, and proved an astute piece of business, ensuring he is one of the very few players remembered fondly at London's three biggest clubs.

One of Frank Arnesen's first acts as Tottenham's sporting director was to recruit 34-year-old Naybet to add experience to Jaques Santini's squad.

Naybet arrived at Spurs with over 280 appearances for Deportivo de la Coruna, four major titles and more than 100 caps for Morroco. He was the epitome of a steady experienced head, making up for a total absence of pace with an astute reading of the game as Spurs began to look increasingly relevant under Santini's replacement, Jol.

Naybet only spent a little over a season at Spurs but formed a solid partnership with Ledley King and lasting legacy may have been to quicken the Englishman's development into a world-class centre-half.

Levy's concession to Pochettino in summer 2017 was the deadline-day signing of Fernando Llorente, in a £15million deal from Swansea. Spurs hijacked Chelsea's attempts to sign the veteran Spaniard and offered him a bumper contract worth £100,000-a-week.

In the Premier League, Llorente looked ill-suited to Pochettino's approach and struggled for impact and minutes as Harry Kane's deputy, scoring just one league goal in each of his two seasons at Spurs. But he will always be remembered as one of the heroes of the club's remarkable run to the Champions League Final last season, after scoring the decisive away goal in the quarter-final second leg at Manchester City before changing the game as a half-time substitute in the iconic 3-2 win at Ajax.

Llorente was released in the summer after his contract expired and he has been sorely missed at Spurs this season.

Almost always mentioned in the same breath, Ryan Nelsen and Louis Saha arrived at Spurs mid-season in 2011-12 to boost the club's bid for a maiden Premier League title.

The story goes that manager Harry Redknapp wanted Gary Cahill and Loic Remy but eventually settled for the veterans on free transfers until the end of the campaign.

Saha initially looked bright, scoring twice against Newcastle and in a costly defeat to Arsenal, but he did not score again in the league as Spurs season imploded as they slipped out of Champions League contention. Nelsen made just a handful of appearances, and both players retired after the following campaign.

For Levy's critics, the pair have become bywords for the chairman's supposed lack of ambition.

Should Tottenham make a move for Diego Godin?