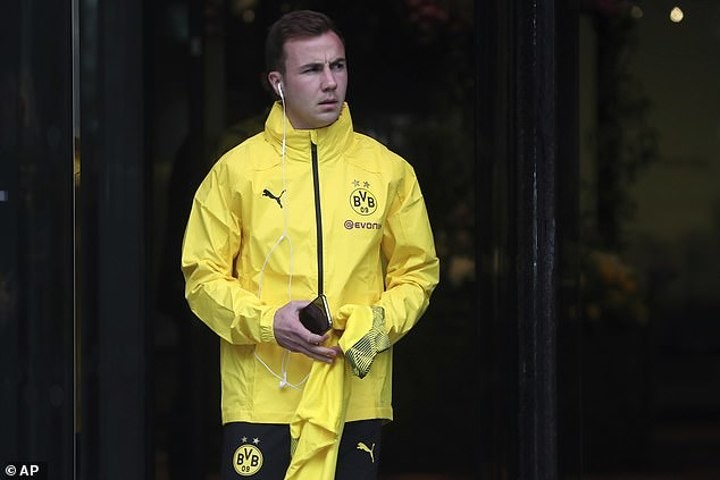 Mario Gotze has confirmed he is ready to consider a move away from Borussia Dortmund this summer.

The exciting 27-year old midfielder is out of contract at the end of the season and is attracting interest from a number of clubs in England and across Europe.

Gotze, a World Cup winner who has made 63 appearances for Germany, scoring 17 goals, signalled his intent to change direction in his career by switching to top agent Reza Fazeli from International Soccer Management (ISM) who also represent the likes of Emre Can plus coaches Lucien Favre and Peter Bosz.

Confirming his intentions, Gotze said: ‘First of all, I hope according to the circumstances that you and your loved ones are doing well in the present situation.

‘Today I would like to announce that after intensive consideration, I have decided to make a change in the planning of my career. I have consciously taken my time over this step.

‘It is an important decision for my sporting future and I am very much looking forward to working with Reza Fazeli and his agency International Soccer Management (ISM), whose professional competence has absolutely convinced me.’

Guaranteed to be one of the most sought after free agents this summer, Gotze spoke earlier this year about how he still keeps in touch with one time mentor, Liverpool boss Jurgen Klopp, and could yet find himself up against his former Dortmund coach next season.

There has also been reported interest from AC Milan.

Götze, who has also scored 57 goals in 229 Bundesliga games for Dortmund and Bayern Munich, added: ‘What the sporting future will bring will only become apparent when a little normality has returned to the world.

‘Until then, please stay healthy and support society as much as you can.’