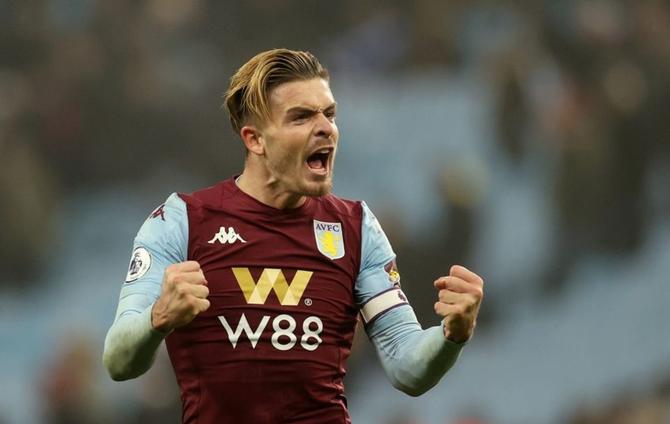 Jack Grealish has completed his record transfer to Premier League champions Manchester City in a deal worth a reported £100million.

England international Grealish has spent his entire career at Aston Villa and has been captain of the club since 2019.

The 25-year-old played a pivotal role in helping Villa retain their top-flight status at the end of the 2019-20 season, after which he was heavily linked with a move to Manchester United.

He instead signed a new long-term contract but, after scoring six league goals and adding a further 10 assists across 26 appearances in the 2020-21 campaign, Grealish has now made the move north to Manchester.

Pep Guardiola's City have smashed the previous British transfer record – set by United's acquisition of Paul Pogba in August 2016 – to get the playmaker, who created 81 chances in the league last term.

Grealish has signed a six-year deal with City and said: "I am incredibly happy to have joined Manchester City.

"City are the best team in the country with a manager considered to be the best in the world – it's a dream come true to be part of this club.

"Over the past 10 seasons, they have won major trophies consistently. Pep coming here has taken them to the next level and the football this team plays is the most exciting in Europe.

"To play for Pep and learn from him is going to be special and it's something any top footballer would want.

"The facilities are amazing, and I honestly can't wait to get started, meet everyone and get playing."

His departure leaves a huge void at Villa, though they have been spending big this close season, bringing in Emiliano Buendia, Leon Bailey and Danny Ings in lucrative moves.

Grealish is City's first major signing of the window, with the champions also strongly linked with signing Harry Kane from Tottenham.

England captain Kane failed to report back for pre-season training with Spurs as planned, following an extended break after Euro 2020.

The 28-year-old, who topped the Premier League scoring and assist charts last term, has outlined his intention to leave Tottenham and was reportedly the subject of a £100m offer from City earlier in the window.