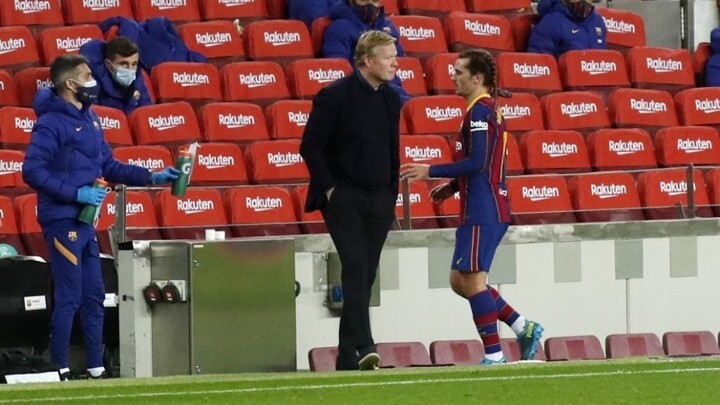 Barcelona will attempt to overhaul a two-goal deficit on Tuesday night when they host Sevilla in the second leg of their Copa del Rey semi-final tie.

Ronald Koeman's side lost 2-0 in Andalusia on February 10, but last weekend they made the same trip to the Estadio Ramon Sanchez-Pizjuan, this time in LaLiga Santander, and won 2-0, thanks in part to a change in system.

Barcelona opted for a 3-5-2 shape, rather than the 4-3-3 or 4-2-3-1 that have typically been used during the season. However, the injury sustained by Pedri and the knocks to a few players, including Gerard Pique, may force Koeman's hand.

Something that will be interesting to note is whether Antoine Griezmann is left on the bench for the third game in a row, or if the 2018 World Cup winner will be given a starting berth. It is possible that Griezmann could come in for Pedri.

However, Ilaix Moriba showed what he is capable of in his limited minutes on the pitch after Pedri went off injured. The 18-year-old provided the assist for Lionel Messi's goal and could find himself in the starting XI on Tuesday night. Ultimately, it will depend if Koeman has the nerve to play Moriba from the start in such a big game.

Another aspect that could determine which formation is used is the presence of Pique. The Catalan centre-back was dealing with discomfort during the first half against Sevilla, yet he said that it was nothing afterwards. Typically, Koeman does not like to take risks with players, so we will have to wait and see.

And nor should we forget about Ronald Araujo, who lasted 15 minutes on the pitch before he had to be withdrawn after feeling some discomfort in the area that he had previously injured.