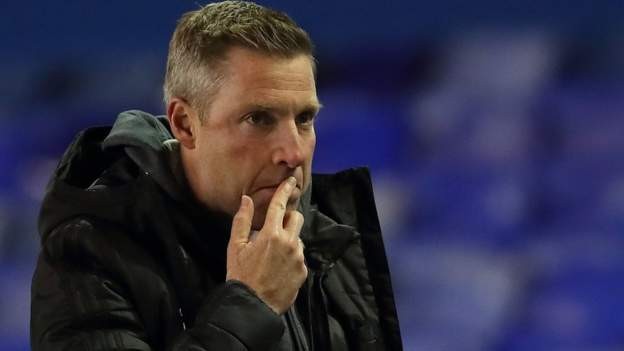 Cardiff City boss Neil Harris expects the next two games to be definitive as he fights to save his job.

Harris revealed he had talks with Bluebirds owner Vincent Tan yesterday, in the wake of Wednesday's 1-0 defeat at Coventry that saw Cardiff fall to 18th in the Championship.

Cardiff had been expected to be in the mix for promotion this season.

"I think this is a big period for me, for the the club and the group, the next couple of games," Harris said.

"I put expectation on my own shoulders, I need my players to deliver and make sure I get calls right."

Harris said Cardiff's owners have not delivered him an ultimatum on his future depending on the results against Luton on Saturday and Huddersfield on Tuesday at Cardiff City Stadium.

Former Millwall manager Harris was appointed to succeed Neil Warnock just over a year ago and led them to the Championship play-off semi-final where they lost to eventually promoted Fulham, but this season has not gone to plan with Cardiff winning just three of 13 matches.

Harris said he knew fans were "restless" and, asked whether he felt under the pressure of playing for his job, he said: "If I answer that straight question with a straight answer, the realism is 'yes'. That is football, let's be realistic.

"You asked me the question because that's what you think and that's what most people think. I tend to agree. As a football fan I understand it.

"If you're not getting results then criticism comes your way as a football manager and as a group and ultimately people bend so far. I love my job, I really really do. But you have to get results as a manager."

Harris says he is aware that the club are falling short of expectations.

"I spoke to the board they want to be successful. Mehmet [Dalman, the chairman] spoke a couple of months ago about January and wanting to be in the top six to challenge and I think that is a realistic expectation for us and it's my job to deliver that," he added.

"I understand football, a manager needs to win football matches.

"I spoke to Vincent [Tan] yesterday, talked through what went wrong and where we can improve. He cares, he is interested. He has invested a lot of money into the football club and has had huge success doing it.

"He wants to be successful and we built that expectation last season when he brought me into the club and naturally he wants the same again."