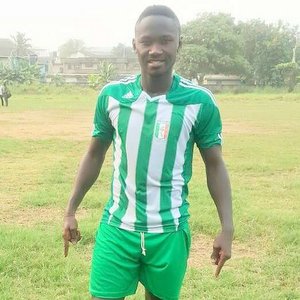 Hasaacas striker Eric Bekoe reckons his side must buckle up to return to the country's top-flight after they suffered relegation this season.

The Western show boys failed to show up after a disastrous campaign this term.

They finished 15th on the table and left their teeming supporters disappointed.

But striker Eric Bekoe is promising a quick return to the elite division.

It is sad we are going down but we have to work hard a make a quick comeback to the league,” he said. “It won’t be easy, but if we get everybody playing their role well, I am hopeful of our return to the league just after a season."

“This is a season to forget and that is what as players we are going to do.”