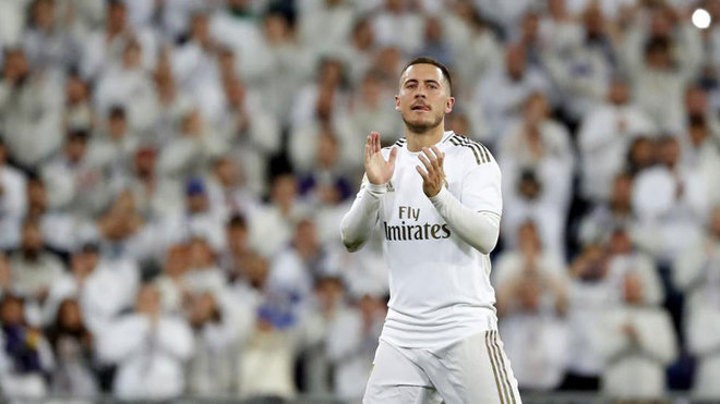 Real Madrid forward Eden Hazard returned to action on Sunday night during Los Blancos' 2-2 draw at home to Celta Vigo, and he is happy with how he performed.

During the match, Real Madrid led 2-1 before Santi Mina struck in the 85th minute to salvage a draw for the Galicians, something that soured the night a little for Hazard.

"I felt good," Hazard said in his post-match interview.

"The first 10 minutes I was tired, but as the minutes went by I felt fine.

"I'm happy with my performance, but not with the result.

"I hope we'll improve in the next few games."

Real Madrid's lead at the top of the table has been cut to just one point now, with Zinedine Zidane's side set to face Barcelona in the Clasico in two weeks' time on March 1.

"There's still a lot of games left and we're going to fight it out until the end."

There has been the accusation that Real Madrid have been lacking goals this season, a claim that Hazard doesn't agree with.

"I don't think [we're lacking goals]; we had chances and deserved to score more goals," he stated.

"We're working well and we're going to win a lot of games together; it's going to be good for us."