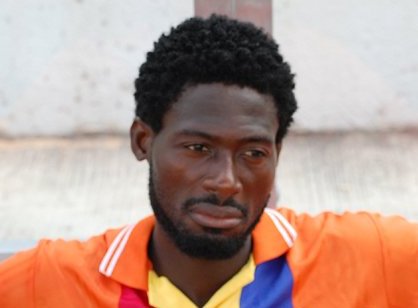 Hearts of Oak midfielder Samson Cudjoe is thankful to have helped his side secure an atoning win under difficult conditions against Inter Allies.

The Phobians survived a late scare to pick maximum points at the Tema Park on Sunday.

A first half brace from Winfred Cobbinah and another from Selassie Adjei appeared to be edging Hearts to a comfortable routine win against the Premier League debutants.

Inter Allies however got themselves back into the game with goals from Gokell Ahortor and a late striker from to set up a nervy finish for their visitors.

Hearts' experience however reigned supreme to get back to winning ways after their Super Clash disappointment last weekend against Asante Kotoko.

Midfielder Cudjoe who came on as a second half substitute for the Phobians on Sunday is only happy to see his side labour to win the three points at stake on a difficult ground in Tema.

"We are playing away but on a difficult ground that we are not used to," he said.

"And though we got three goals in the first half, definitely as a home team they were bound to comeback very strongly in the second half.

"And I think that resulted in the game ending in a 3-2 win for us."

Hearts will be returning to the Accra Sports Stadium on Wednesday where they will be taking on Hasaacas in the fourth week fixture in the Ghana Premier League.