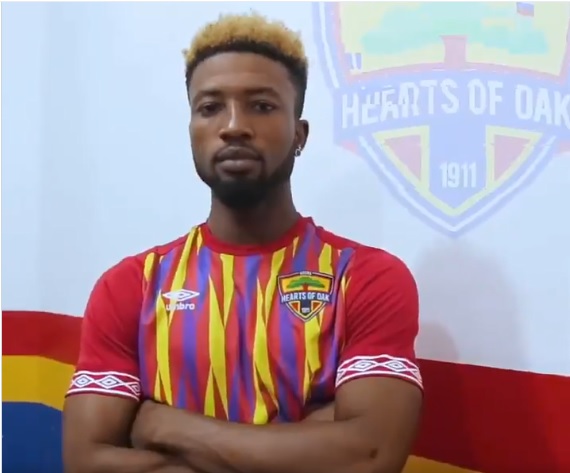 Hearts of Oak forward Bernard Arthur has rendered an unqualified apology to Coach Nii Odoom, after his reckless comments made about him.

Arthur made some derogatory comments about Coach Nii Odoom in an interview with Asempa FM.

He said,“Coach Odoom wasn’t fair. He doesn’t have balls”.

“I have met coaches like Sam Arday, Orlando Wellington, and others. If you don’t want a player, just tell him straightforwardly, it can even be a text message. But don’t play mind games on the player”.

The former Liberty Professionals forward has made a u-turn on his earlier comments with an apology to the head coach.

In a post on his official facebook page read, "Had some documentary and some words I used towards Accra hearts of Oak coach Mr Odoom wasn't appropriate. I take this time to apologize to Him and all people whom felt affected. We not perfect as humans so in one way or the other we might fall at fault. Sometimes in life you need to spit some pains out to go way new life".

Bernard Arthur has been struggling for game time this season and was recently linked to Great Olympics during the second transfer window. 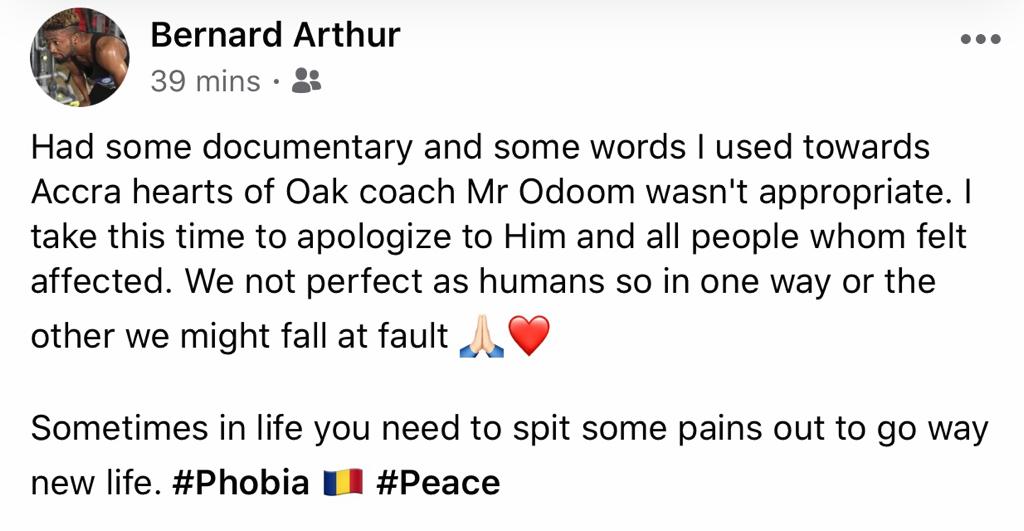