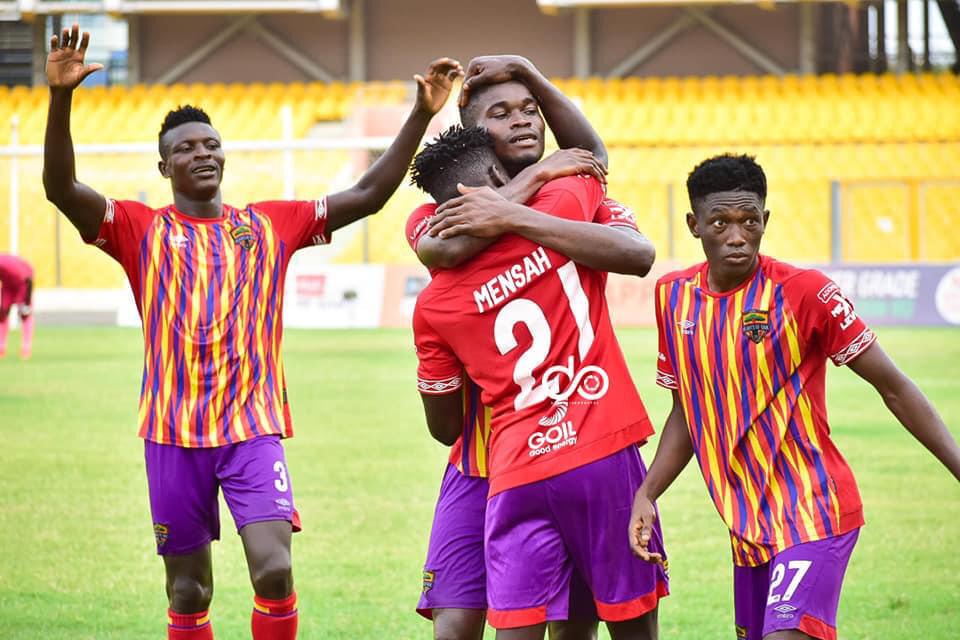 Hearts of Oak moved up to the top of the Ghana Premier League this weekend following a 1-0 win over Techiman Eleven Wonders at the Nana Ohene Ameyaw Park.

It is the first time in five seasons that the Phobians have been able to occupy the top spot in the Ghana Premier League.

Samuel Boadu and his player seem to have hit top form at the right time with just eight games left to end the season.

Hearts will play their next five games at the Accra Sports Stadium and can clinch the Premier League title if they are able to amass the 15 points.

In the game against Eleven Wonders, Kwadwo Obeng Junior scored the only goal of the game to help Hearts leapfrog Asante Kotoko to the top of the Premier League.

“We are ahead of them and I knew we were going to win the game against Eleven Wonders. We are happy to win this game after a long way from Accra”, Hearts coach Samuel Boadu said after the game.

Hearts of Oak currently occupy top spot with 46 points and arch-rivals Asante Kotoko in second place with 46 points but Hearts with a superior goal difference.

Asante Kotoko failed to maintain top spot after their 1-1 draw against WAFA on Saturday at the Len Clay Sports Stadium.